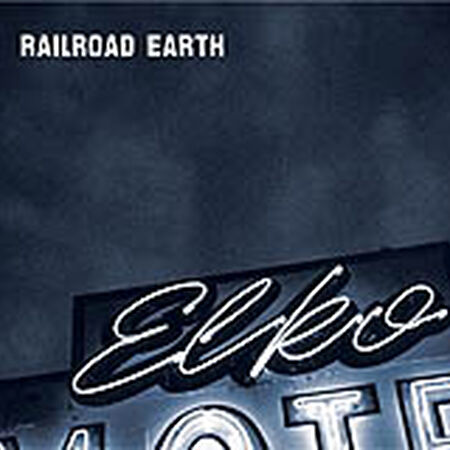 Using bluegrass tradition as a starting point, then exploring various musical idioms ranging from Celtic to Rock and Country to Folk, all infused with enduring lyrical storytelling and innate pop sensibilities, Railroad Earth has unearthed and delivered a truly original Americana sound. Right from their first shows in May 2001, word-of-mouth on Railroad Earth was instant and superlative, as evidenced by their rapidly growing and incredibly loyal fanbase. Driven by the remarkable songs of frontman Todd Sheaffer, and delivered with seamless arrangements and the superb musicianship of all six band members, Railroad Earth’s powerful live experience has finally been captured on their first ever live release, Elko.

Recorded during their 2005 spring tour, this double disc set reveals all these timeless qualities while preserving the unpredictable nature that is at the very core of a Railroad Earth concert.

"This is a wonderful compilation of their work in 2005. Saw them live twice, and it really brings the band into your home. The jams are great, and the songwriting is spectacular. This is a must own. "