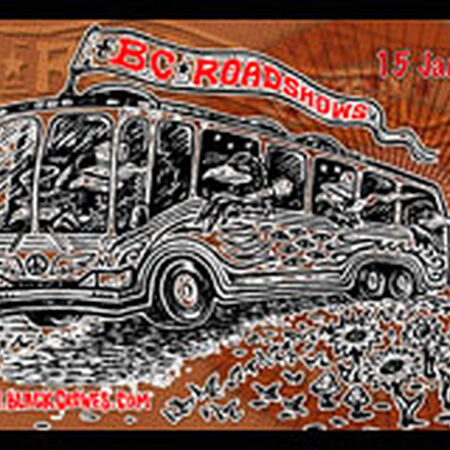 Girl From A Pawnshop 372

Spider In The Sugar Bowl Blues 269

A cold evening in Glasgow marked the third stop on the European leg of the Three Snakes & One Charm World Tour. On this fabled tour, the setlists continued to change dramatically from night to night-- rare was the occasion where the same song would be played on consecutive shows. After debuting several original songs and covers on the fall 1996 North American leg of the tour, they hit Europe playing them with an authority afforded to even the most often played war horses. Fans traveling to multiple cities and towns to catch consecutive shows were rewarded with a wide variety of the band's extensive working tour repertoire over 100 songs. This evening in Glasgow is a great example of the band's ability to combine inspired performance with a deft combination of original and cover songs that form a singular experience.

This performance stands out for several reasons. It was not recorded by a fan and thus no recordings of this performance have been heard by fans since the night of the show. It features a rare 'standalone' performance of the beautifully haunting new original song "Spider In The Sugar Bowl Blues". Another rarity featured in this performance is a 'standalone' performance of the unreleased instrumental "Hollow Day Jam" (aka "On That Hollow Day"). Five songs from the current release Three Snakes & One Charm are scattered throughout the set. Neil Young's "Big Time", a beloved fan favorite cover tune, appears in the middle of the encore, indicative of another strong facet of the band's character, which is their innate ability to cover both obscure and classic songs and truly "making them their own". Other covers played on this evening include a sprawling rendition of Bob Dylan's "Girl From The North Country", the high rocking energy of Jimmie Rogers' "Sloppy Drunk", a hard southern funk take on Lonnie Young's "Chevrolet", and the countrified rock of The Byrds' "Mr. Spaceman". Any show featuring a mean "Black Moon Creeping", a beautiful "Descending" and a spacey "Nonfiction" is usually indicative of a great evening of music, but on this cold night in Glasgow, the band took it to another level.

"Another gem of a show. Agree with the other review. Definite must have for your live Crowes collection!"

"oh, yes! now, this show is just a straight up motherf**ker!! a couple of beers and a cool West Coast day with this playin'... definitely pick this one up. great great setlist. "