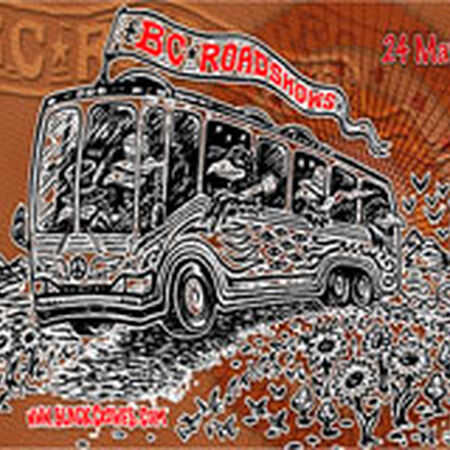 You've Got to Hide Your Love Away 412

A warm evening in Louisville was the setting for a stop on the short "Not Ocanada bc" leg of the spring 2006 tour. The band had begun playing shows with a 2 set format the previous year and this evening was such an occasion. The band was in fine form, having just played their first extensive tour of Canada in 13 years. This performance is special for several reasons. Audience recordings are scarcely circulated and the show is generally overlooked due to the now-legendary two night stand in Hampton Beach that followed. A rare performance of "Title Song" is reason enough to merit seeking out this show, but this night featured blazing hot performances of "Cypress Tree", Stephen Stills & Manassas' "Song Of Love" and an epic run through "My Morning Song" -> "Nebakanezer" -> "No Speak No Slave".

"This was a magical night in downtown Louisville at the Palace Theatre. Out of the 7 or 8 Crowes' shows I've been lucky enough to attend, this was the best! The boys were priming this night, and their energy and happiness on-stage was evident. All smiles around stage and the venue. This is a must-have for a true Crowes fan. Thanks for posting this and keep up the good work!"