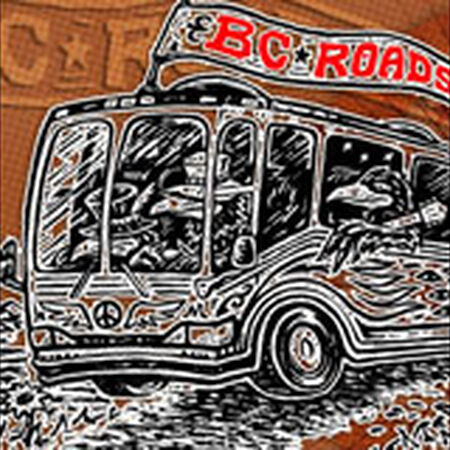 Tied Up and Swallowed 348

Girl From A Pawnshop 407

Girl From A Pawnshop 353

Somebody's On Your Case 188

It has been well over 11 years since this performance in Norfolk, VA on November 11, 1996 took place and no recordings have ever been reported to exist, leading to the likely conclusion that it was not recorded - the only show from this tour with such a distinguished status. In a tour where nearly every show was well recorded by tapers, circulated among fans and traders and treasured and documented, one might say this show is special simply due to its absence, but that would be selling this particular performance short. It seems to have been unavailable on us all these years for a reason as it lives up to its mythological status with an effortlessly brilliant performance, eclectic song selection and quicksilver sequencing. The setlist is heavily concentrated on post-Southern Harmony & Musical Companion material, an important facet of the ‘character’ of this show. The set features two songs from the then-unreleased Tall, five from Amorica and four songs from the new album Three Snakes And One Charm.

Right out of the gate, the "Wiser Time" -> "Ballad In Urgency" opener is tight, confident and boiling over with passionate playing from everybody, with the segue jam providing some breathtaking musical moments. After playing shows almost every day for nearly 8 weeks and due to leave in a couple days for a short European trek, the band was certainly peaking at this point in the tour, and it shows. In terms of rarities, this night featured the nasty whipping that is "Tied Up And Swallowed", the floating hypnotic dream state of "Feathers", and a mean grind through the slowed down version of "Sting Me". The new "Under A Mountain", "Blackberry" and are balanced out well with covers of Earl Randle's "Somebody's On Your Case" and The Rolling Stones' "Happy". This show is one of the few occasions when the band played both 'girls' (Bob Dylan's "Girl From The North Country" and Three Snakes "Girl From A Pawnshop") in the same show - these two ballads share a certain gospel feel, powered by the soul of Ed Harsch's Hammond B3 and Chris' unmatched vocals. Extended workouts of Amorica's "High Head Blues" and "Nonfiction" featured Rich and Marc's unique weaving guitar interplay, creating new musical statements with each performance - tonight was no different. Steve and Johnny are at the top of their respective games throughout the proceedings. With thirty-six performances behind them, this final show of the first leg of the 1996 North American Tour truly captures a band at a peak, and when this band is peaking, magic happens. We are pleased that this treasured performance can now finally be heard. [BAND ARCHIVE]

"I'm not sure if this show lives up to the hype posted in the notes, but its damn good. This period from the Crowes history never ceases to amaze me. The recording is great, the setlist is excellent, and the band is, as usual, something more than entertaining. "

"Sorry to spoil the party but I'm not convinced at all - this has been a rarity in collecting terms but "this final show of the first leg of the 1996 North American Tour truly captures a band at a peak,"??? Not to these ears, and I've listened to more BC shows than I care to count... With the exception of a superb 'Bring On Bring On' and a stunning 'Girl From A Pawnshop'this is very ordinary Crowes fare indeed, uninspired and for most of the show, downright pedestrian. 'Hotel Illness' plods, 'Sting Me' is a trudge, the rhythmn section sound tired all night and there's precious little magic from Marc and Rich. It sounds like they were ready for a break - there's no spark, no magic and I was really disappointed. There's many better nights than this - listen first before buying. "

"This show was great! I saw them play in Pensacola Florida about 2 weeks after this show. It was the Wednesday Night before Thanksgiving. Government Mule opened up. Warren Haynes came out and played slide when the 'Crowes covered the Allman's "Dreams". I wish I had a copy of that show."

"show is great. love the jam into bring on. wiser->ballad is a little different as well. why is no artwork available for download on this show?"