BC Roadshow, Portland, OR 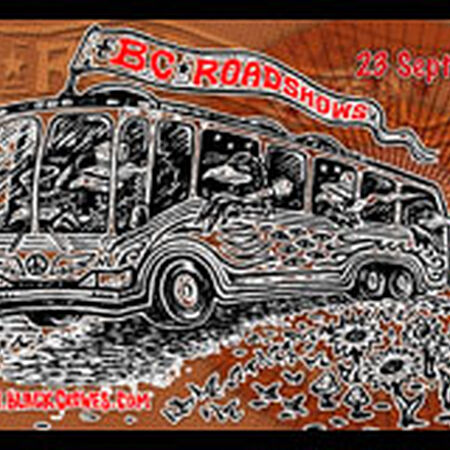 How Much For Your Wings 415

Portland, Oregon was the third stop on the Three Snakes & One Charm 1996 North American fall tour. The band had released the seminal album Three Snakes & One Charm two months preceding this performance, and while this evening only featured three songs proper from the album, one of them, "How Much For Your Wings?" was a "1st time played". Two non-album tracks, Willie Dixon's "Mellow Down Easy", and the original "Just Say Your Sorry" are also included in the set. Another rarely played original song played on this evening was "Song Of The Flesh", a song originally recorded for the then-unreleased album "Tall." This set is also distinguished by one of the more compelling fall 1996 performances of "Ballad In Urgency" and "Wiser Time", seamlessly linked by a passage that showcases not only the kindred musical communication between Rich Robinson and Marc Ford, but of the entire band.

"Great show. Sound quality is so good, I threw my boomy audience copy that I've had for 10 years in the trash. I disagree with the previous post's opinion on the guitar mix. Ford and Rich sound great. Beautiful venue to see a show. Old classic theater. The Schnitzer used to be a "Paramount Theater" back in the old days. This show is a perfect choice for the archives. Thanks!"

"Creative set list and very good and inspiring performance. The mix is ok. Rich and Marc are buried though, especially Marc which is a little disapointing. THANKS for the archive releases guys."

"Amazing show. I bought it mainly to hear their version of "Big Time". Turns out the whole show is great. I love this version of "Thorn in my Pride". This is a must get show."

"Man , I was at this show. It's been over ten years since and I'll still put this in my all time favorite crowes shows ever. This was my second show and I was completely blown away by there energy and performance.It took many years of what I call searching for the best show ever only to realize this may have been the one....Iam in route to snag the flac of this...Can't wait. ANYONE WHO LOVES THE BAND NEEDS TO GRAB THIS BADBOY.....Peace"