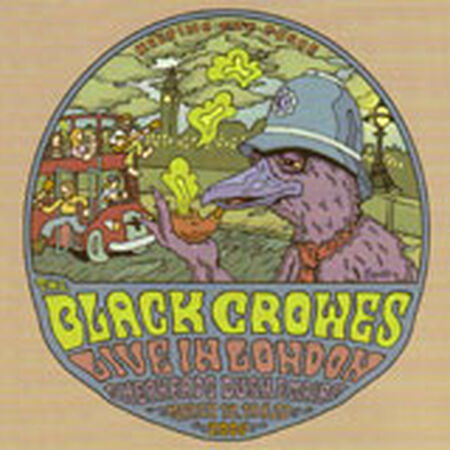 Girl From A Pawnshop 435

"I'm not sure these shows from London '06 are SBD's. I have 3/19 and 3/20 and they sound like auds to me, decent recordings, but not soundboards. Crowesbase lists this show as a DAUD: http://www.crowesbase.com/tapelisting.cfm?TapeID=1812 Good shows, nonetheless. "

"Was at all three of these London gigs, all of them fantastic, but this one was the best concert I ever attended in my life. Absolutely mindblowing performance, if you only ever buy one show from here make it this one!"

"The thirdt night of the Crowes return to the UK after 5 years and my first time to hop over from Germany to see them in good ole Blightey... Anyway, this show had a very special ring to it, not obnly for me as it was a very personal show, but the Crowes kicked off with a surprising Don't Do It after the standard start (No Speak No Slave) on night one and the mellow in start (Cursed Diamond) the night before, so we had had the rocky side and the jammy side behind us, what to expect of show three was the looming question and we got a good mix, with many rarities (well, for most of us this side of the big pond) woven into, the following Gone and Cypress Tree almost predicted that. The end of set 1 was long in form of a very nice and jammy Nebakanezer -> Jam -> Thorn In My Pride - the Jam before Thorn was very different to the one two days before. Set Two opened with a bigie for me: Dreams by the Allman Brothers, number two on my wishlist for this 6 date tour and the follow up stressed the tone again, to mix the standard with the obscure: Sometimes Salvation -> Young Man, Old Man. And the welcome Neil Y>oung cover L.A. was a goodie, heard on recordings before and it felt great to feel it. But when the opening notes of Feathers started, I was zoning out, not only my favourite rare song, also number one of my wishlist and so real - a very good version too! The end was pretty standard, but that does not mean bad, just after Feathers, nothing can follow for me, really, so do not take it as bad review... Nice encore with Hot Burrito #2 but no surprise for us early birds who had heard the sound check - definitely a highly recommended show for all Crowes fans and those who will become one of us after having heard this show. "