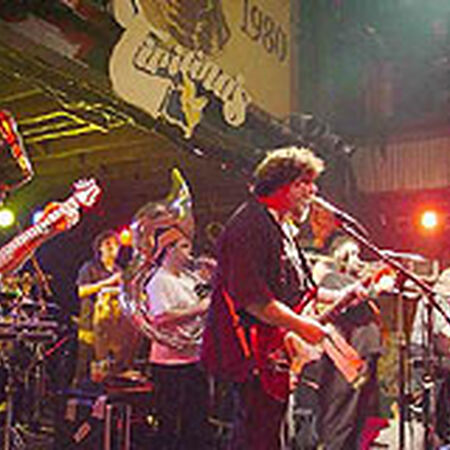 Burning Down The House 731

This is the second of two sizzling 28th Anniversary shows which featured Mike Skinkus on percussion throughout the show, Mark Mullins from Bonerama on trombone joining the band midway in the first set and then all of Bomerama sitting in for the second set. In addition to some excellent renditions of some classics and recent keepers, the band debuted new songs Dreaming Out Loud and The Man Who Lost His Head which we expect to hear again on their upcoming new release.

"One of the best shows I have seen. The second set with Bonarama was very cool you won`t be disapointed."