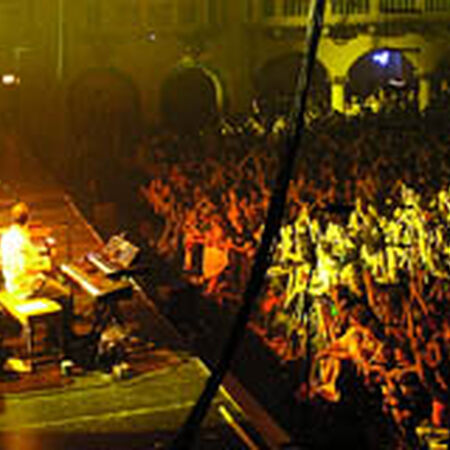 "Ok ... how do you begin with a two day New Years run like this one. I guess with the fact that i thought it was better than the year previous (the highly credited Dvd wrapped around chicago). This first night I think got everyone super pumped for the show. Why? Because they totally threw down :) Between keller coming out and playing some amazing songs and joining with some more, It was just simply top notch. They were on and they knew it the whole time. So they gathered energy from it. Umphreys pulled out one of the best Dump City`s ive ever heard. The hajimimashite was damn near tear jerking and then they bust right back into a dump city finish. HA! Amazing .... they are the transition kings. I could talk about this show for a couple pages worth but ill try to keep it short. JUST DL THE SHOW!!!! :) Anyways then they pull out a Utopian Fir which is a personal fav. Something about the reggae. Keller came out and played a song called "Play This" which sounded great ... however the song i was probably most impressed with was the very long Der Bluten Kat. An amazing jam smack in the middle of it ... you could tell they were having fun. I didnt expect them to pull out an Andy`s last beer on the night before New Years but they did (would have expected new years) Very Good tune got the crowd back up for the finale. The fame at the end with keller was great ... specially with the vocal breakdown. GREAT SHOW >>> MUST DOWNLOAD!!!!!!!! lol "

"didn`t get to go to the new years but the night bephore gave me everything that i needed to get my uphmrey`s phix in. walking around that place was like living in Midevil Times. Keller and phrey`s brought me back to stability when the encore came. Phame was the tripp. "