Our mission is simple:
To Spread the Joy of Live Music

Each live music experience creates a unique, wild and unpredictable moment in time. nugs.net delivers those moments to fans anytime, anywhere. For the past 25 years, nugs.net has been singularly focused on serving professionally recorded live music direct to fans from artists ranging from legendary touring performers to the small up-and-comers. nugs.net offers immediate access to an unmatched catalog of live music, live as it happens or on-demand; your one-stop shop for live music streaming.

With a monthly or annual nugs.net subscription, stream from anywhere via the nugs.net website, app, and even watch live on the big screen with our Apple TV app. The nugs.net catalog is the largest collection of live shows, including live performances from some of the world’s largest touring artists like: Metallica, Pearl Jam, Dead & Company, and Billy Strings as well as many up and coming acts to discover. High-quality sound and video bring you as close as possible to being there for real. Experience livestreamed performances in HD or 4K. Listen to new and archive recordings in MP3 quality or opt for even better sound with lossless MQA 24-bit and immersive 360 Reality Audio. Own your favorites — download MP3s and MQAs, and shop CDs of full concerts. 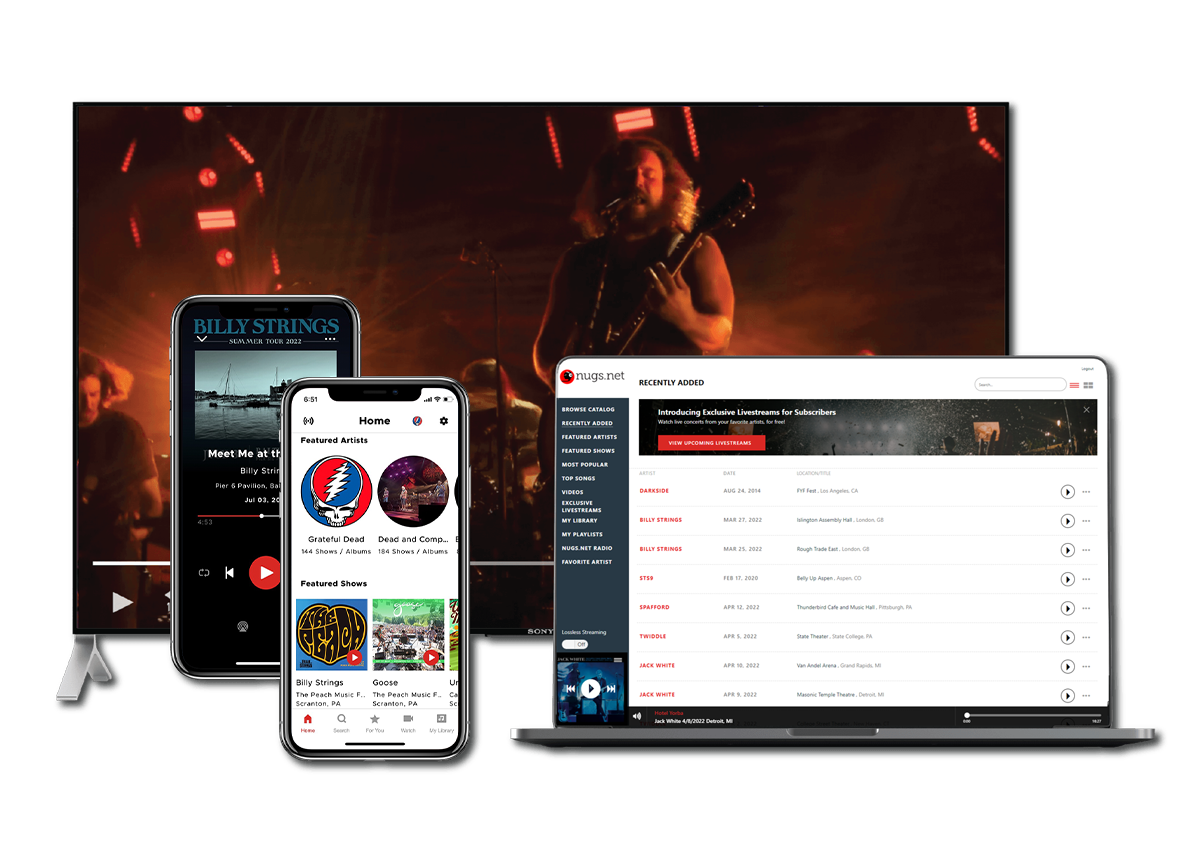 Whether you can’t make the show in person or simply prefer to enjoy a concert from the comfort of your living room, nugs.net also enables front row access to your favorite artist’s concerts streamed live as they happen. 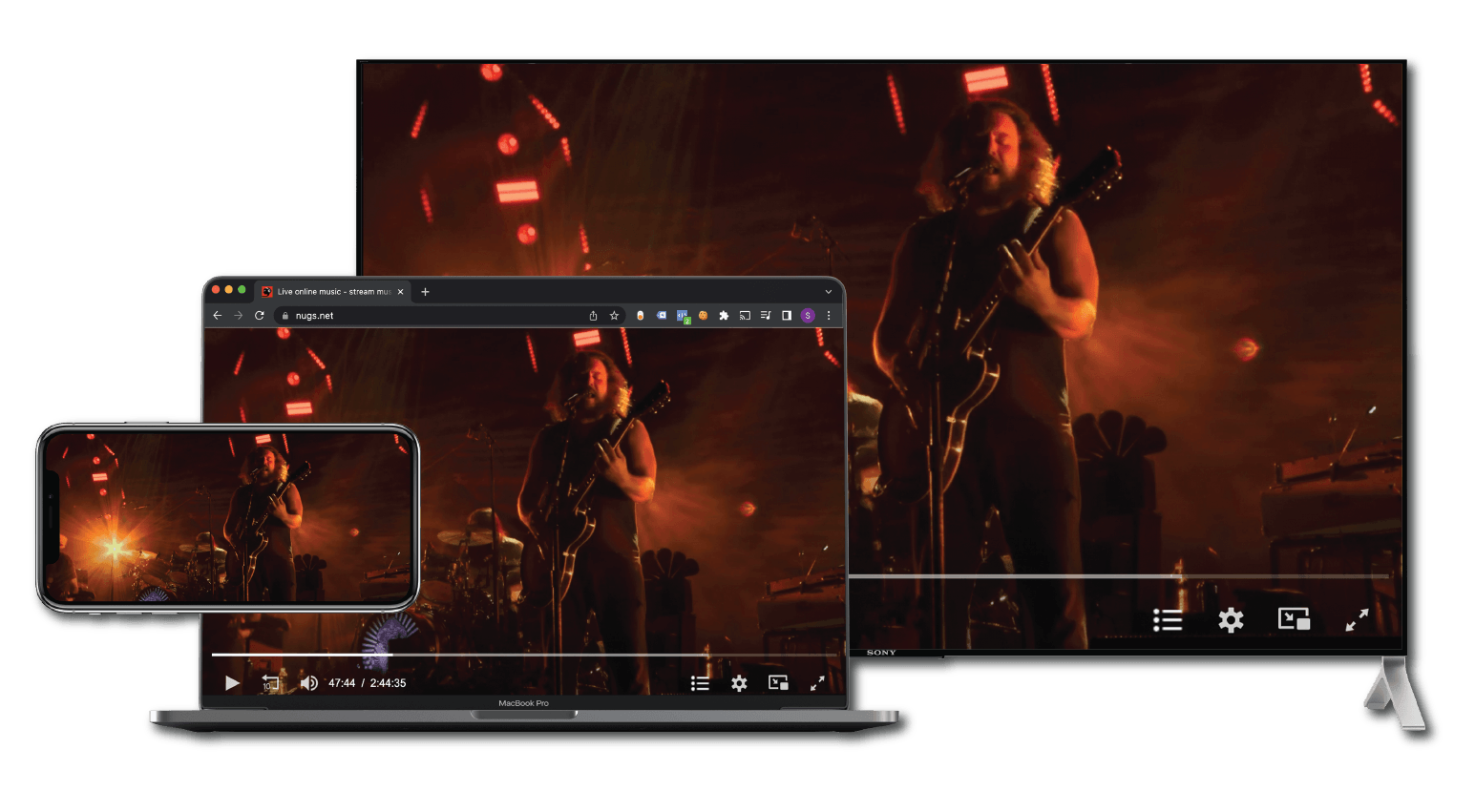 "A Johnny Appleseed of online concert recordings," according to The New York Times, Brad Serling has been active in the digital media space for 25+ years. Established artists ranging from Phish to Metallica to the Grateful Dead turn to Brad for advice on digital distribution of their content. Serling started nugs.net in 1993 as a way to share the tapes he was making of Grateful Dead and Phish shows. With the artists’ blessing, nugs.net’s non-commercial live music download site mushroomed to 3 million free downloads a month by 2000. Seeing the business potential Serling had tapped into, The Grateful Dead hired Brad as a consultant in mid-2000. The Dead put Phish in touch with Serling and by 2002 nugs.net went from fan site to paid download provider with the launch of LivePhish.com. Today, 115 million downloads later, hundreds of artists and labels partner directly with nugs.net to distribute music directly to their fans. A tastemaker among fans, Serling hosted “The Weekly Live Stash,” on SiriusXM’s Jam On channel, showcasing the week’s best live music. Additionally, Serling is a regular guest on Bruce Springsteen's E Street Radio channel. In the Fall of 2016, MTV tapped Serling to produce the nugs.net Live Stash, airing Sunday nights at 9 on MTV Live. In the years between launching nugs.net as a fan site and going pro, Serling served for three years as the founding Chief Technology Officer for CinemaNow, the first company to deliver web-based video on demand and pay-per-view services of Hollywood feature films. Prior to CinemaNow, Serling pioneered live web events for Woodstock 94, Metallica from The North Pole, The Grammy Awards, the NFL, and eleven World Series webcasts. Serling’s experience has spanned all aspects of website development, live webcasting, multimedia content deployment, and large-scale media distribution. Serling has served on the board of the Grateful Dead's Rex Foundation for over 5 years. Brad earned a B.A. in history from Cornell University.