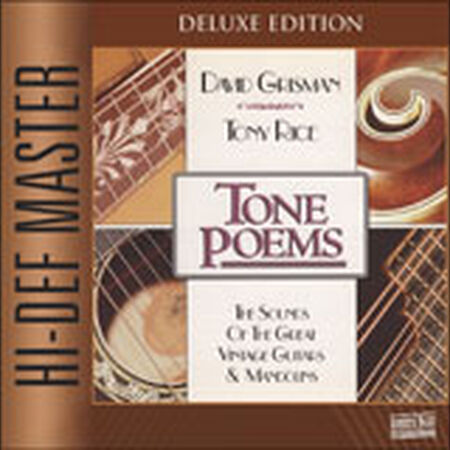 I Don't Want Your Mandolins Mister 136

In 1993 David Grisman and Tony Rice convened at Dawg Studios to record a series of mandolin/guitar duets featuring the sounds of over 30 vintage acoustic instruments. The Tone Poems Deluxe Edition presents all of the original master takes from this classic Acoustic Disc release, newly transferred to the highest quality sound format available (24 bit, 96khz) at Acoustic Oasis.

This edition also includes three alternate tunes (“Sumertime,” “Nine Pound Hammer” and “Theme from High Noon”) and three alternate takes which were not issued on the original release. The Tone Poems Deluxe Edition is a sonically superior treat for fans of acoustic music — noticeably richer and closer to the sound of the original analog masters than the CD version or The Complete Tone Poems available on Acoustic Oasis. Song samples are larger files that may take up to 5 mins to load on some connections.