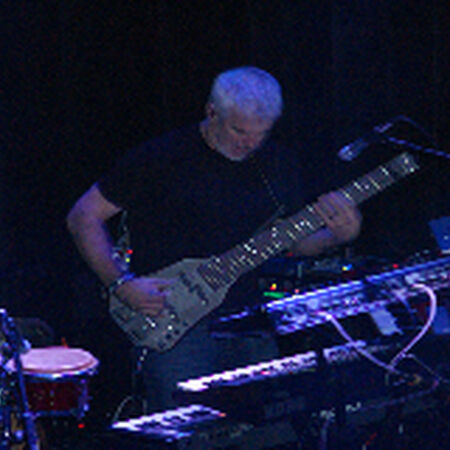 Great vibe out in Fayetteville. More glow-in-the-dark things than at any other venue recently. There was a pig-lipsticked Sarah Palin working the moves on the dance floor.

Travis had some great vocoder "daft punk-ish" lines in both sets. Yet another new tool to dial in and explore.

I don't think anyone was ready for the Air Supply nod at the beginning of the first set. It didn't get anymore Airier or Supplyier than what we threw down to open things up.

What can we say? We were you tubing Styx's "Babe"for some reason, and it led into Air Supply somehow, and we were really digging the videography and the choreography of that particular time in their career. It definitely influenced the creative process that night.

We proceeded to crush any Air Supply dreams of a new direction for the band by dropping some beefy dubstep a bit later. Dubstep seems to be the great equalizer to just about anything musically right now. Thanks SPL and Skream.

I got to sneak in a Supremes and Vanilla Fudge "Set me Free Why don't Cha Babe" at some point.

Just finished reading "The Watchmen" just before the show. I was turned onto "100 Bullets", "The Walking Dead", "The Killing Joke", and "Planetary" by the promoter in Kalamazoo. Hadn't picked up anything comic-like since I was a kid. Good stuff for the road.