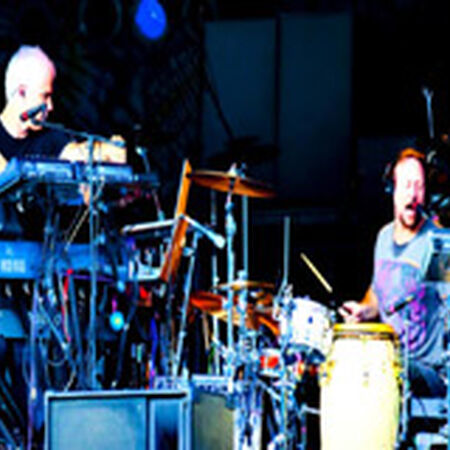 "they were raising ancient tribal dance spirits from the dead. it was like the harmonic frequencies of their music was raising the harmonic frequencies of my consciousness so i could perceive the sounds. and listen for the vocoded chanting that Jason and Michael do on many tracks in all sorts of crazy neo-tribal tongues, that shit was live, and tripping me the f#*k out - the album cover shows Jason doing just that. normally 2 hits of lucy for me a a nice mild background effect, but their sound is so ancient and galactic at the same time that i woke up at the end of this show on the beach in a perfect buddhist monk meditating position, with memories of seeing god. all god is the source/spark of the great fractal. thank you EOTO for being such an influential part of that fractal."