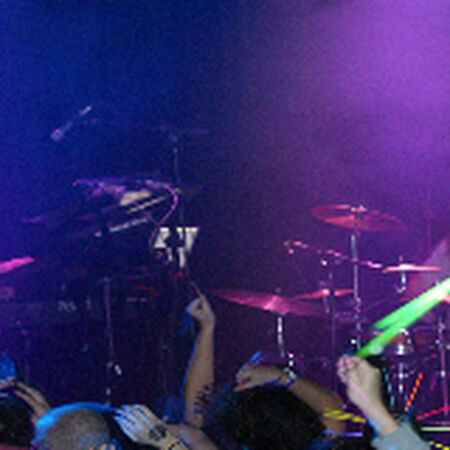 The Slowdown in Omaha was a great club to play in. The sound system was slamming and the 300+ people there were amped.

Metallica happened to be playing less then 1 mile from us so there was a bunch of traffic to get through on our way to the club. That was the only inspiration I needed to try and throw out a little "Enter Sandman" during one of our dubstep hits. I think I screwed up what little words I knew, but, whatever. There's enough effect on my voice to cover some of the mess.

Travis has ramped up his poltergeist channeling voice, so that was on prominent display throughout the night.

I threw out some Snoop Dog chorus "What's my name?" which got some sing along action.

Just got through the 3rd volume of the "100 bullets" series. I'll probably finish it up as I'm sort of addicted at this point.