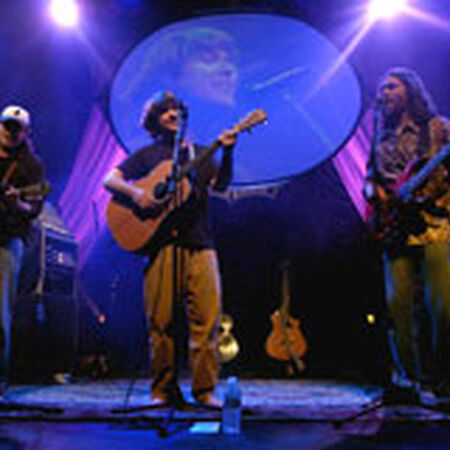 Scarlet Begonias > Fire on the Mountain 664

Grateful Grass - which featured Williams, Keith Moseley (The String Cheese Incident), and Jeff Austin (Yonder Mountain String Band) - performed not-so-traditional bluegrass versions of Grateful Dead favorites one winter night in Denver. 100% of the proceeds from REX (Live at the Fillmore) will go to benefit The Rex Foundation, the charitable non-profit started by the Grateful Dead which gives grants to worthwhile causes. Visit the Rex Foundation website

"This is a great show but the download is not the complete set, it is missing 3 crucial songs. Resume Man comes after Eyes,, hence the fade. New Horizons and Crater in the Backyard are missing as well/ Still, the songs that are posted are really good."

"So, I'm pretty sure the date they have posted for this event is wrong (or at least at the REX foundation website). I went to this show at the Fillmore Auditorium in Denver on April 8, 2006. Not on Feb. 8th, 2006. Also, they cut a couple songs that they did completely out of the download. Removed was "Resume Man" (a string cheese incident song), "New Horizons" (by Yonder Mountain String Band), and Crater in the Backyard (a Keller Williams song). The show was phenomenal, however, with Keller doing a set as well. Also, there was an "almost acoustic" set performed by Dave Schools and Jerry Joseph. Overall, a great show. Just thought I'd let ya know about the dates and other pertinent info about the show."

"It's a good show. Worth having. Where is the second set? Only complaint is you dont hear much vocally out of jeff and keith. "

"This is awesome but why does the eyes of the world fade out at the end."