New Riders of the Purple Sage Setlist at Winterland, San Francisco, CA on 12-31-1977 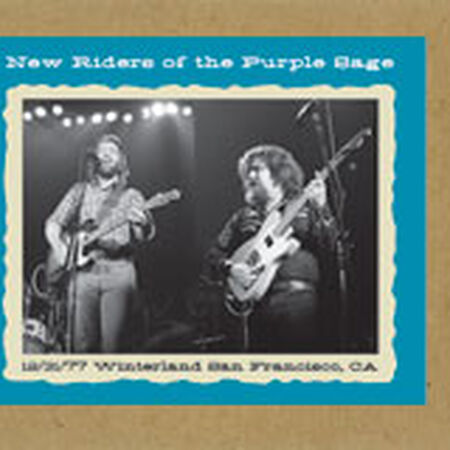 New Riders of the Purple Sage

The New Riders of the Purple Sage celebrated the last evening of 1977 in great style—performing a memorable New Year’s Eve concert at San Francisco’s Winterland with the Grateful Dead. This was the first time the New Riders were teamed up with the Dead for a gig in the Bay Area since the summer of 1974, and while emotions ran high, the music rises even higher.

The NRPS Archives and Kufala Recordings are pleased to present Winterland 12/31/77, a 2-disc recording which captures the New Riders performance that closed out a year filled with invigorating shows as well as the release of their Marin County Line album. The rhythm section of Stephen Love on bass and drummer Patrick Shanahan, both veterans of Rick Nelson’s Stone Canyon Band, assists the band’s core members John Dawson, David Nelson and Buddy Cage to elevating the music new heights. Love resurrects the NRPS favorite “Hello Mary Lou,” and contributes “Love Has Strange Ways,” which gives the band some ample room to stretch their musical wings. A blazing concert from start to finish, 12/31/77 includes terrific renderings of “Fifteen Days Under The Hood,” “Henry,” “One Too Many Stories,” “Crooked Judge,” “Glendale Train,” “Dead Flowers” and an extended “Portland Woman” that fully captures the magic of Winterland.
The original 2-track master reels were recorded at 7.5 ips by Betty Cantor-Jackson and transferred and mastered by Jeffrey Norman at Garage Audio Mastering for your sonic enjoyment.

Fifteen Days Under The Hood 283

One Too Many Stories 205 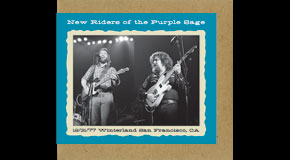 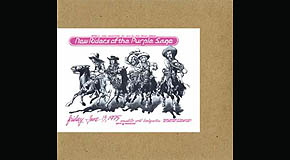 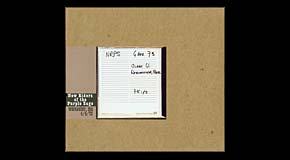 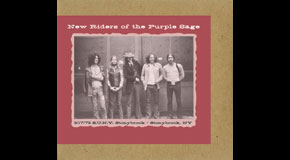 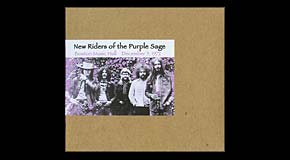