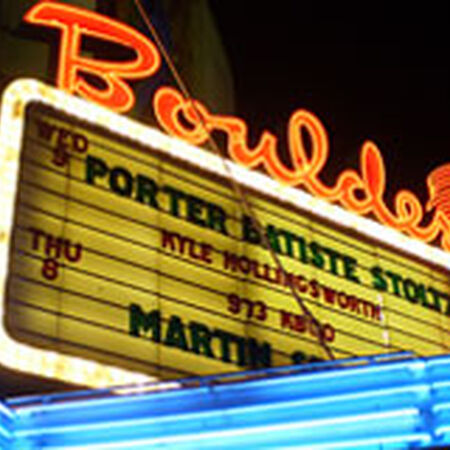 Porter Batiste Stoltz joined forces with Kyle Hollingsworth, the keyboardist from String Cheese Incident for two incredible nights in Colorado.  Round two was at the majestic Boulder Theater in Boulder, CO.  An unusually large crowd came out to shake off their St. Patrick's Day hangover with PBS+H and was rewarded for their efforts.  The show began with a few Porter Batiste Stoltz originals followed by the Hollingsworth penned "Lost."  The set really started to heat up with a "Funky Miracle" that was followed by a really nice jam which we have titled the "Boulder Jam."  "Sing A Simple Song" > "Rainy Day Women" flowed into another Kyle song, "Seventh Step," which then segued really nicely into the Meters' "Pungee" and then finally into "Check Out Your Mind," which made for quite the super-segue.  "Strange World" was a nice tip of the cap to George Porter, Jr. and Kyle Hollingsworth's friend from last summer, Mickey Hart.  The encore really had the crowd skipping around to "Hey Hey Hey (Get On Down)," "Fire Lamp," and of course, "Hokey Pokey With Russ."  Kyle Hollingsworth really helped PBS "Expand the Funkin' Universe" that night in Colorado! -fB

"What a great show, on fire from beginning til end. It was a messy funked up collaboration of pioneers and the new kid on the block. These guys make it look easy, just havin a blast. Thanks for a good time BIG SLEAZY STYLE!!! " 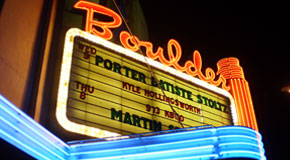