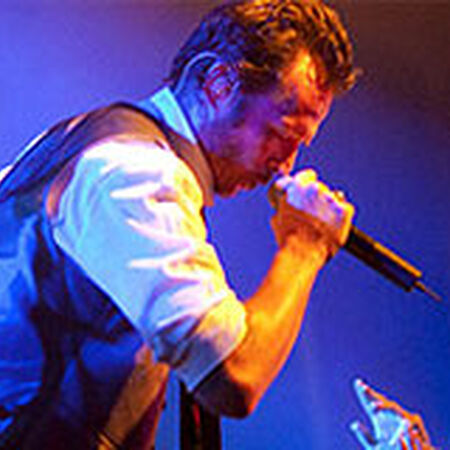 "Being a battle tested Scott Weiland veteran, I was absolutely thrilled @ the prospect of him making his show's available for download. I downloaded the first (and so far only) show, "Scott Weiland @ The Kintting Factory in Boise, ID 5/16/09". For starters, the sound quality is absolutely OUTSTANDING. One of the best mixed show's I've heard in quite some time. The show open's with the 10 minute jam that has become a staple of his solo show's. The band sounds tighter than ever. A mix somewhere between Bowie, Neil Young & Crazy Horse, and the Doors- his live band brings the jams. Extremely tight, but the jam still had a loose fun feel, as Weiland ad-libbed some lyrics. This was all followedby "Paralysis" as the actual first "song". Once again the band sounded fantastic. Weiland's voice was spotty during this show, but for the most part, he sounded real good. After a nice fresh take on "Paralysis", much mellower, and even more emphasis on the melody, it was then the band's turn to groove on "Killing Me Sweetly" a number Weiland introduced as being "Bossa Nova Inlfluenced". Every song was outstanding from both a technical perspective musically, and in regards to the soundboard mix of the "Download. I must say there's nothing more that I enjoy than being able to listen to the Scott Weiland Band LIVE, wheneve & where-ever I want to! The show is the perfect length realistically, 14 songs, (Missing Cleveland, the last song of the night was omitted from the Download bc of technical difficulties, but Boise has "Atlanta" as it's encore, and that's an ABSOLUTE gem-though Weiland struggles druing parts of the song towards the end, where he's supposed to sing in a higher register. To me though, the flaws and all the scars are what make's these Downloads special. it's what makes each show it's own unique entity. So I enjoy the "warts & all" feel of the show's. Fortunately, there's not many "warts" @ all on this show, as it's just thoroughly enjoyable from beginning to end. My highlights are "Mockingbird Girl" (which is a 10 minute free-form JAM), "Unglued" (Always love this STP fave Live), "Interstate Love Song" ( I REALLY like the arrangement the band came up with, and the trickle of the keyboards in the very beginning. Great job Doug). "Atlanta", which I mentioned, is another all-time favorite, and "Blind Confusion" is a real live stand-out from "Happy in Galoshes". "Barbarella" play's it's usual role as a star of the set. All in all I couldn't be any more thrilled that Scott Weiland's show's are now available here on www.livedownloads.com I give this Bootleg an over-all rating of a B Plus. (Takes into account, the sound of the bootleg, which is an A PLUS PLUS, the sound of the band, the vocals, the set-list, and the over-all vibe of the show). Looking forward to Vancouver which Doug said should be up tonight, and which he thinks is one of, if not the best show from the tour!"

Setlist at Knitting Factory Concert House, Boise, ID on May 16, 2009 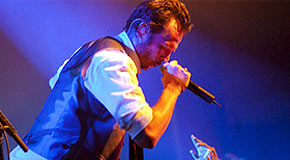 Scott Weiland
Showbox at the Market Seattle, WA
May 19, 2009