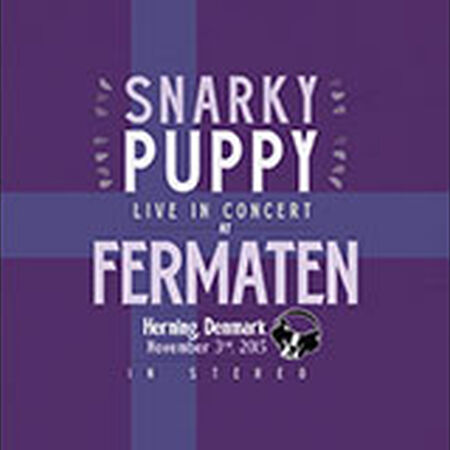 Danish debut for the pups. Sold-out show packed full of young people. Loads of energy from the audience and the band. Maz’s birthday! Hottest show of the tour- easily 90 degrees and wet like a rainforest. Flood is slow and funky. Justin phrases on Moog. Bullock, JT, and Justin stir the pot on Outlier. JT sets up Skate U with a deep groove and the band fits right in. Maz plays over his own tune. The band hits a new vamp on the outro and Bill digs into it. The new tune gets a name tonight! Ø, which later turns into GØ. Bob, Mike, and Justin play over it. Bullock and JT get weird on What About Me? and JT takes it home. Justin takes the Moog lead on Thing of Gold. Nate gets melodic on Tio Macaco. Ready Wednesday goes from James Brown to slow jam. The crowd turns up for Shofukan as Justin guides the band through on trumpet. Sweaty, funky, a little sloppy, and a helluvalotta fun in all.