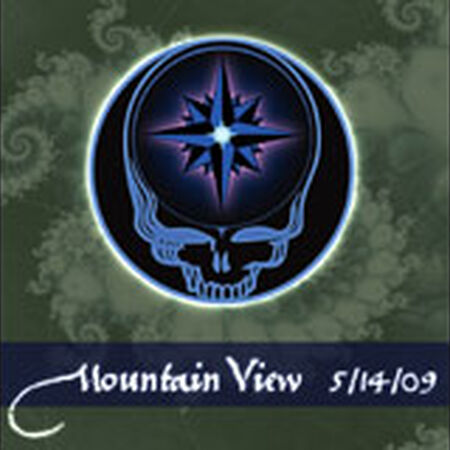 Standing on the Moon 220

Standing on the Moon 340

Fire On The Mountain 650

"Definitely download this one. THIS SHOW IS ALL ABOUT THE DRUMS… J The set list is like WHAT? Hell yeah! My buddy and I drove up from Orange County on a wing and a prayer and luckily we did cause it kicked ass. Jack was sweet (called it) masons was pumping, friend of the devil I have to admit was the best one I have ever heard including with jerry, they put a little twist on it, seemed a little faster and had some pops and grooves never done like this before (good job guys) standing was good but a little basic and slow. Terrapin was awesome and special to hear and looking forward to see this one evolve with the dead. Estimated second set opener SICK version warren had the killer envelope wah and is was hitting those crucial notes and riffs. But what a trip to hear new potato caboose that song is out there and different with all these changes and they tied in born cross-eyed which was f----ing Awesome and powerful and also trippy changes (thank you bob) cant wait for this one more often (im calling it-a new regular) That’s if they actually do keep touring (PLEASE-PLEASE-PLEASE) Warren get of that mule my brother it just didn’t quite make it up that hill. FANTASY-OMG he sounded like brent and it was good and powerful. AND THEN IT HAPPENED---DRUMZ, We had to wait 14 or 15 years for this one and I knew they were holding out, I mean come on, Mickey Hart with time on his hands? I could only imagine what he has done in his home studio and slowly going to introduce his pieces and get even some more modern shit. But This Drums was what its all about, I was following the beats with my eyes closed, it was sounding good from the start then they just kept adding more and more and it was insane, they had fire dancers come out and all these people around me in the seats were all eagerly peering to the stage and pointing and focusing on these people twirling a rope with a fireball on it and I was thinking to myself people Fuck the fire dancers listen to and pay attention, you are missing out, cause I was locked in and had my eyes closed and had not a care to look at the fire dancers, but I took a few looks and watched the end and it was cool. So morning dew surprised me (I forgot what they teased) and china-Ryder good too, I cant remember if there was anything special but I waited to long to write this. Donor Rap was the best one I have ever heard…lol, actually it was the best Phil speech yet. Oh yeah I almost forgot after Ryder when they walked off I tried to start a not fade away clap and chant and almost got it going but people just wouldn’t help but it wouldn’t have worked cause the Phil speech any way and it was a good thing cause I thought we only had 1 more song and they surprised us with Scarlet-fire and a bonus deal, and the scarlet fire was long and killer they also put some kind of a twist throughout this epic jam and Bob…OMG Bob did not want to and did not stop when the band was trying he was like really stoked on this particular jam and he just kept going and going and going and I was sooooo happy for Bob and loving it and soaking it up. We are all so lucky to have this happening in 2009, this is what jerry wants to see…. J Bob’s vocals sound so good, It is just amazing to hear bob sounding so good, you would think its 1990 not 2009, we cant take this for granted, we need to hope they keep touring like the old days and if they do try to catch as many as you can and in 10 years we will still be going and it will be insane....Im done finally, Piece "

"Flew from VA to Cali for the shows and they were more than worth the trip. The guys were on point by the end of the tour and I cant wait to see what the future holds. Live Grateful"