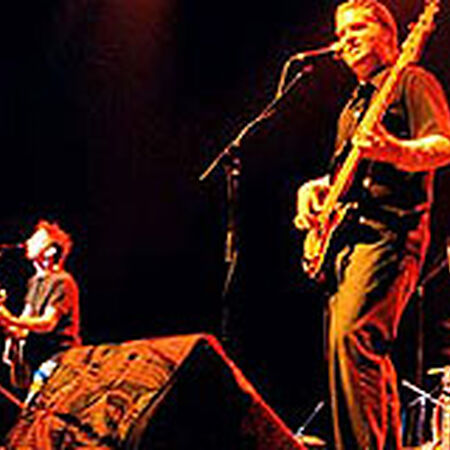 I Will Not Take These Things For Granted 342

"I was there, too, halfway back, and I`m wondering if we were at the same show - their performance was flat and unemotional, exhibiting none of the energy they usually exude onstage. They played their set, they took a bow and they left. As much as I love them, they were really just going through the motions on this one, and I had a hard time really getting into it - I could`ve had the same level of experience sitting at home in front of my computer. They were also utterly humorless, which was a pity - the banter between Glen and the rest of the band is usually a highlight of their shows, but it was missing this time. Maybe they were just tired, but as far as good shows go, this wasn`t one of `em."

"Hi, Was at the show, got front row! Toad just keeps getting better and better like a fine wine. I`ve been listening to Toad the Wet Sprocket for a long...long time from "Bread and Circus" to "Coil". This show is really great. Irving Plaza has a nice sound system. I`ve been to the venue in the past and I`m always happy when I leave. Glen, Randy, Todd and Dean sounded great! I really hope this isn`t a farewell tour. Randy said, they are having fun. I really hope they get back together to put out another album. WANTED: New Toad Material!!! These guys can Rock. I picked up the flac files, and they sound so delicious. I can listen to this in perfect quality! Go buy the album and support these guys they put out great material. Forever a Toad Fan, btanoue"

"this show was great, very personal feel and the band played such a great mix....awesome."