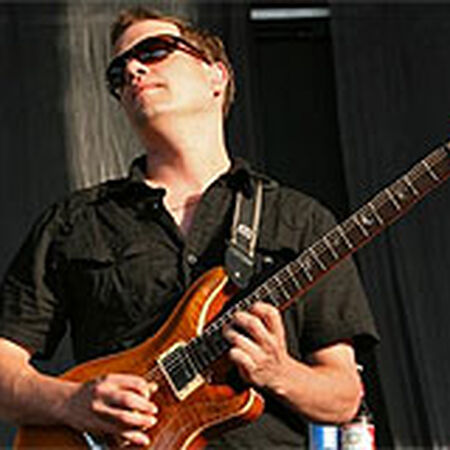 The Song Remains the Same 341

"I went to this show not expecting anything to spectacular due to the fact that it was a short run. Anyways I walked away being extremely pumped. First the crowd there was very friendly and it made for a great event (River Roots). Second the setlist may not sound like "nothing too fancy" but it was actually really good. They pulled out a hangover that was pretty darn good from what I have seen previous (feat. Ivan Neville - Dumpstafunk). Then when they chilled out for a good mellow Uncle Wally they burst into the fun riffs of The Fussy Dutchman. The Ja Junk surpassed that of my fav version (Summer Camp Barn Show 2004) They threw in a mario tease and i swore they were gonna bust out Nothing Too Fancy. When Brendan pulls out the wah wah sound right after the mario tease .... it soooooo sounds like they were thinking it. While they were on stage Brendan kept focusing on that riff and looking at Jake. Jake however kept shooting him down with his lower hand motion and nodding of the head. I was sad but they still pulled out a wicked version of Ja Junk. Then at the end of it all they walk back out and blaze into a nice version of The song remains the same. It seemed a decent chunk of people did not know of Umphrey`s before the show and were very interested. It was nice to see a good cover to finish with so everyone felt connected to the band at one point or another. Over all a pretty good show. It is worth the download ... with or without the lightsaber that brendan snagged at the end of the show ;)"