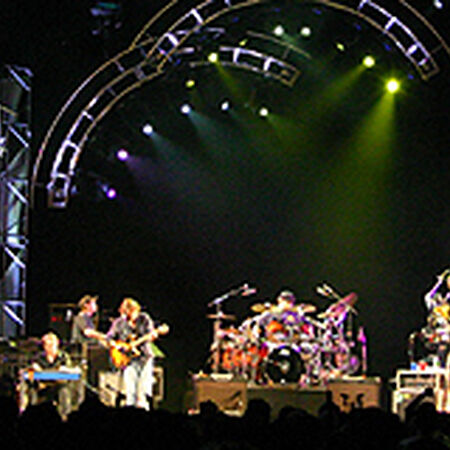 When the Clowns Come Home 534

Are You Ready For The Country? 301

"Damn, I still think this show is best with Jimmy so far. Not one to rank but this`n here is just about perfect. Burn a couple extra copies and pass them around. livitup."

"First Widespread show ever. This show totally kicked ass. Wispread is easily one of my favorite bands having seen them live. WOW."

"Was a little worried after the slow tempo of NY and the lack of smiles from JH in VT but alas the smiles came out in Manch for good reason. Not the best setlist but wow what a show!!! Hope the band plays again in New England despite the low ticket sales..............."

"Badass show high energy all the way, I kind of liked George`s playing even though he mutilated a lot of Mikey`s solos but Jimmy Herring kicks Goerge`s ass. The sound of the band with Jimmy and John Keene together is much more reminisant of wsp pre 8-10-02. I saw Herring play with the Dead and wasn`t that impressed but playing with Panic really gives him a chance to shine. He shreads and I was blown away that he sounded better after 4 shows with Panic than george did after three years. Drums was good but the Manchester Jam out of drums was extra funky also the best Blackout Blues I`ve ever heard. Best show I`ve seen post mickey and one of the top five I`ve seen ever."