By Photographer and Writer Joshua Huver (Must Have Media)

The two-night extravaganza was a little different from the typical two-night stand. Instead of setting up shop in one venue overnight, guitarists Greg Ormont and Jeremy Schon, bassist Ben Carrey, and drummer Alex “Gator” Petropulos performed at different venues each night.

In doing so, Pigeons Playing Ping Pong follows a recently growing trend for jam bands visiting the SF Bay where bands will play a smaller, more intimate venue before moving into a larger spot to accommodate more fans. In recent years STS9, The String Cheese Incident, and Umphrey’s McGee have all followed a similar model. For P4, this meant they got cozy on Valentine’s Day at the Great American Music Hall and finished SF at The Regency Ballroom which holds about 1,000 more people only a few blocks away.

These two San Francisco dates fall right in the middle of the band’s 13-date trip West and they have brought Connecticut-based bird band Goose along for support on each bill. Goose deliver hard breaking grooves and patiently spaced, hard-rocking jams underneath a vocal harmony that you just don’t normally hear in the jam band community. The love and camaraderie between bands was full tilt, evidenced by Pigeons Playing Ping Pong giving Goose 60-75 minutes as an opening band each night and opting to only take a single 2 hour set themselves on the 15th.

But on Valentine’s Day P4 delivered a rowdy two-set show with on-theme covers and unrelentingly high energy all night long for their debut at the historic San Francisco venue. They opened with “Walk Outside”, from 2016’s Pleasure, a song that had been cut from the encore of the previous night in Santa Cruz. That was followed by two tracks that appear on their most recently released record, Presto: “Avalanche”, which delivered a mountain of funk for the audience to dance their way out of and “Fortress”.

From 2017’s Pizazz the band delivered a major “Porcupine” sandwich featured a transition into “Penguins” and a cover of the Deee-Lite track “Groove is in the Heart” mashed into it before wrapping it back up with the end of “Porcupine”. Playing into the maritime relationship of the Bay Area, Pigeons Playing Ping Pong took a “Water” break before finishing the set with an ode to the Greek water god, “Poseidon”. Ormont and the band had one more Ace up their sleeves, dealing out a totally unexpected cover of “Daddy Wasn’t There” from the third Austin Powers film, Goldmember.

“Henrietta” gave the second set a solid standalone start before Gator took the spotlight ahead of “Bad For You”. Carrey’s thunderous slap-pluck bass technique rolls in slowly, and before long the song is off. Definitely don’t skip ahead and wait out the segue into “Live It Up” – it’s worth it.

They followed immediately with a second pair of back-to-back tracks. “Kiwi”, another carryover that was nixed from the night before in Santa Cruz came third in the set and spilled into the psychedelic party vibes of “Yo Soy Fiesta”.

At the midway point of the second set, the lights dropped onto Carrey for a bass solo that signaled the beginning of what may be the Pigeons Playing Ping Pong brand-equivalent of Help! > Slip > Franklin’s, or, “Spacejam” > “The Hop” > “F.U.”. If you like getting lost in the signature screaming leads of Schon and some intense disco beats, strap yourself in.

One of their earliest tracks and only from their 2010 debut album Funk E P, “Landing” turned the funk up to 11 and into a monster jam that melted into the Doobie Brothers’ classic “Long Train Running” to close the set. For the encore, they went for a single standalone take on “Ocean Flows”.

For the Pigeons Playing Ping Pong’s return to The Regency, it was obvious that they felt comfortable and at home. What was supposed to be another two-set show as fans of the band and other jam bands are accustomed to and expect turned into a single mega long set with no break. The energy that reciprocates between P4 and their fans gets palpable, and they certainly know how to read the room.

Saturday’s show opened with a pair of standalone songs beginning with High As Five”, the third and most recent single from the 2020 release Presto. That was followed by the Pleasure track “Bad For You”.

Pizazz’s “Something For Ya” kicked off a massive head-bobbing dance party that accelerated through “Skipjack”, the final song off of Presto.

The first cover of the final night saw the band revisit their ‘Dead Hot Sgt. Peppers’ themed Halloween weekend from 2018 for one of George Harrison’s most memorable contributions to The Beatles’ catalog, “While My Guitar Gently Weeps”, which elevated into a wild and raucous segue of “Burning Up My Time” > “King Kong”, another single from the new albums.

After a brief rendezvous onstage, the four band members called an audible and opted to continue riding the energy out and skip the set break. They continued with a standalone take on “Too Long” before entering “Whoopie” sandwiched around the Prince classic “1999”.

One of the overall highlights of the weekend, it was the first time the bands had crossed paths musically onstage since beginning the tour almost a full week prior. “Lightning” was tailed by the band’s live music meta-opus “Horizon” before finishing the marathon set with “The Liquid” – an appropriate reference to the full melt the audience was in the throes of.

Even after all that, Pigeons Playing Ping Pong mustered up the energy for a one-two encore punch. They started with a new (less than one year and 15 plays since its debut) song called “Distant Times”, followed by the lead single from Presto, “Dawn a New Day.” In full-circle fashion, long time San Francisco flockers will remember that the band debuted “Dawn a New Day” during their second SF stop in October of 2017.

Listen to audio from the show now! 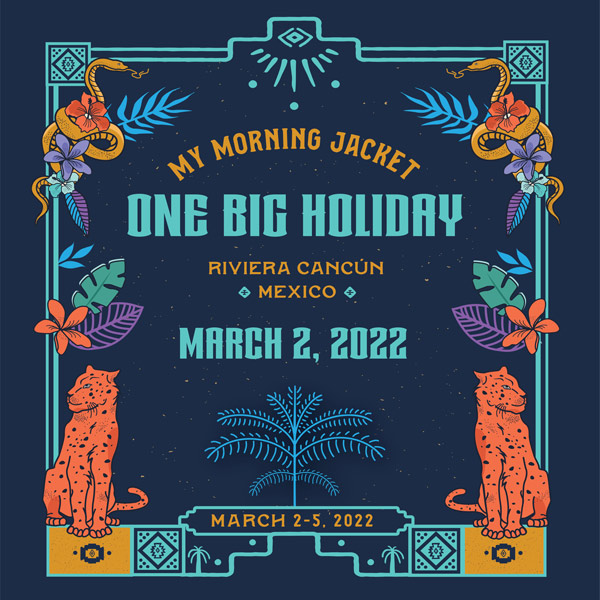 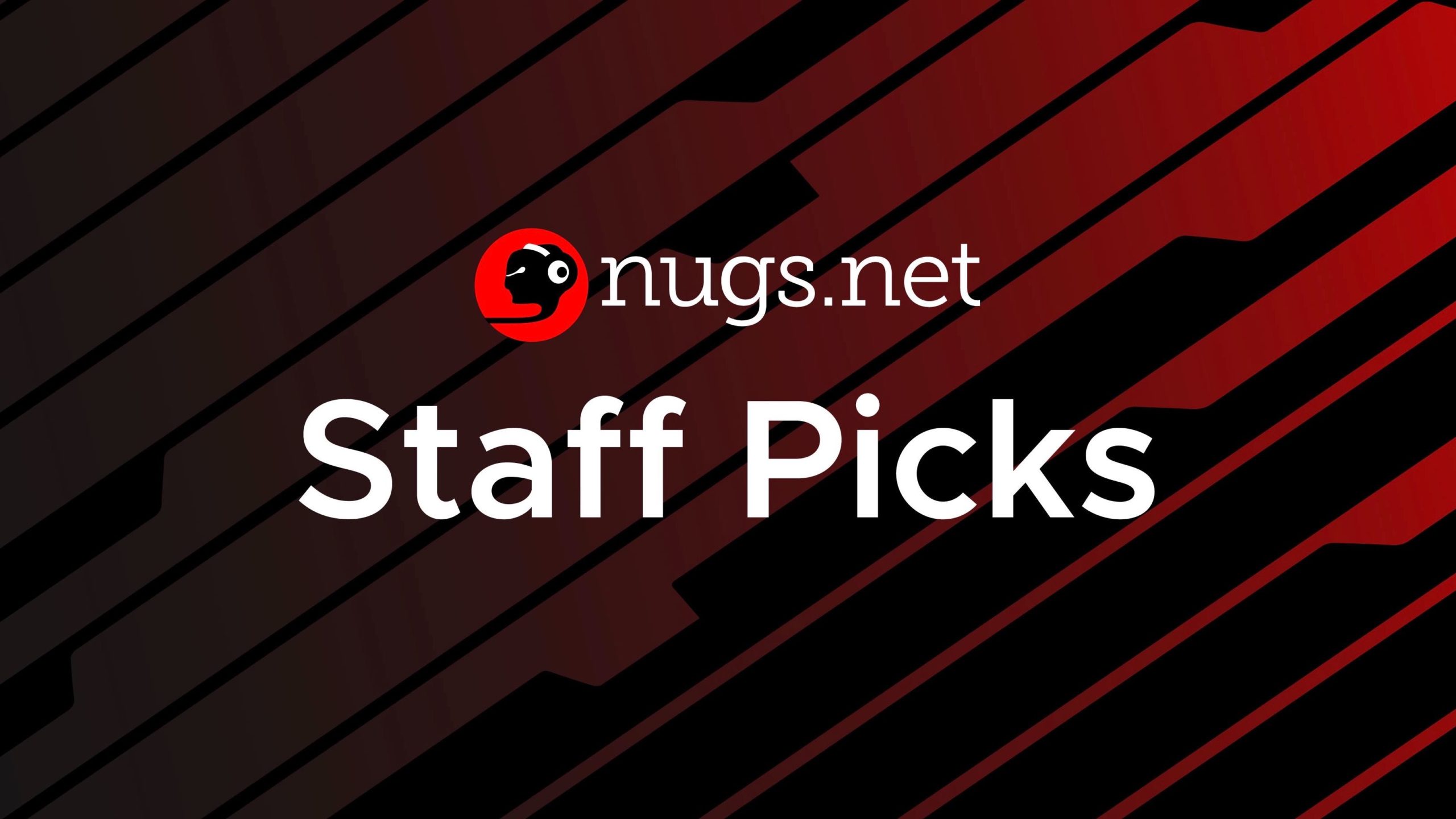 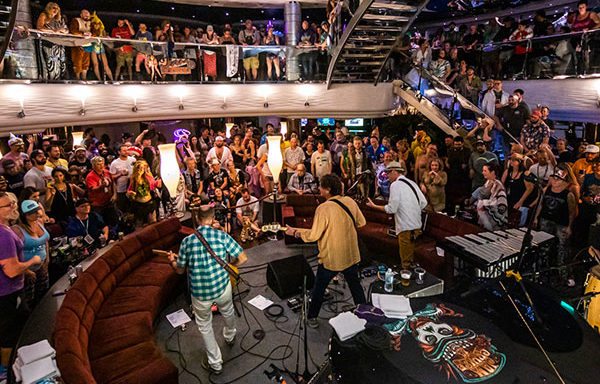