I was 15 years old in the summer of 1981. My friend Marc had just turned 16 and obtained his driver’s license. The previous October, my father took Marc and me to the Seattle Center Coliseum to see Bruce Springsteen and the E Street Band, and that changed everything.

My parents subscribed to Rolling Stone magazine, which ran a Random Notes item that Springsteen would be doing a return leg of the River tour over the summer. With only that single data point to go on in the pre-Internet days, Marc and I would get up early and drive to the local mall every Sunday in June and July to see if, by chance, a line had formed and Springsteen tickets were going on sale. The Seattle ’80 show had gone up with no prior warning on a Sunday morning. We figured, better safe than sorry.

A Seattle ’81 show never materialized, but the story illustrates the heightened levels of anticipation for Springsteen’s summer return. If Marc and I were going to all that trouble in hopes of getting tickets to a Seattle concert that was never even contemplated, imagine what it must have been like in New Jersey when it was announced that Bruce and the E Street Band would christen the newly constructed Brendan Byrne Arena in East Rutherford with a six-show stand to kick off their post-Europe victory lap.

Though only 32 dates in total, the Summer ’81 tour is one of the most celebrated in Springsteen’s long performance history. The epic-length sets of the previous winter had tightened up, giving the shows a sharper focus. The summer run also came after Springsteen’s first extended tour of Europe, an inflection point in his musical development that, with the introduction of three vital new songs to the set, brought with it the first indications of where his music might be going.

East Rutherford 7/9/81 is the final night of the Brendan Byrne run and a moment of culmination for Springsteen and the E Street Band. Their confidence and a new sense of purpose developed on the stages and streets of Europe drives this outstanding performance, and the audience is there to meet them. Even when Bruce assays new songs, the crowd sounds fully on board. Listen to the sympathetic clapping they add to “Follow That Dream”; the live archive version from London a month earlier has no audience participation at all.

The 7/9/81 show wastes no time getting to the meat of the matter, opening with “Thunder Road” into “Prove It All Night” and “The Ties That Bind.” Playing his sixth show in nine nights, Bruce’s voice needs a little warming up at the start, but his passion is already dialed in at 10. By “Darkness on the Edge of Town,” Bruce and the band lock into gold medal form, and the song spotlights Stevie Van Zandt’s critical vocal contributions in this era.

“Follow That Dream” is the first of the new songs, all three of which blur the line between cover song reinterpretations and originals. The Elvis Presley reinvention retains its stark, meditative arrangement debuted in Europe and closes on one of the most disquieting, chilling notes in the Springsteen catalog.

“Follow That Dream” has an especially curious place in the canon in that it feels like an extremely significant song in Bruce’s evolution as a songwriter, despite having never had an official studio release (it was recorded for Born in the U.S.A. in 1983). It’s only been performed 15 times since the Bridge School Benefit in 1986, but it shows up in every decade, as recently as Australia 2017, the last E Street Tour to date. Is there a more meaningful unreleased song?

Carrying on, “Independence Day” revisits Springsteen’s father-son narrative, but this time with a new chapter recognizing the need to say the things that need to be said, now, while there’s still time. The sentiment couldn’t be more timely in the Covid-19 era.

“Who’ll Stop the Rain” has never sounded bigger or bolder than this terrific rendition, and Jon Altschiller’s mix offers incredible instrument separation. The acoustic and electric guitar interplay is marvelous — and listen for the electric to kick in again, quite thrillingly, five seconds into “Two Hearts.” What a great version. The same can be said for “The Promised Land,” as heightened vocal phrasing brings the song to another level.

There’s an intriguing break in the mood as Bruce begins the harmonica intro to “This Land Is Your Land” only to be interrupted by the explosion of a firecracker (heard clearly in the right channel). Condemnation is immediate. “Whoever just threw that firecracker, you can do me a big fucking favor and don’t do it,” he says with total convinction. “Whoever you are, you are no friend of mine. This is a song about that respect; it’s about having respect for yourself, for the land that you live in.” Pure conviction powers Springsteen through the daunting take of “The River” that comes next as he attempts to reset following the firecracker, leading to one of the highlights of the night — if not the whole of the 1981 tour.

Word of this incredible new song “Trapped” had even reached me on the other side of the country (again, likely through Rolling Stone). I had to hear it. Through the magic of mail order, I bought a bootleg LP called Prisoner of Rock and Roll that included “Trapped,” and I was gobsmacked. The simple start, the build, the intensity, the crescendo, then again and AGAIN, with the final release coming as Springsteen shouts “I’M TRAPPED” and the last note sustains. Mesmerizing and unlike any Springsteen song that had come before it.

“Trapped” is a cover (originally recorded by Jimmy Cliff), not an original. Cliff’s lyrics are basically intact, and fundamental melodic elements are there, too. But how Springsteen listened to this and developed the arrangement he performs in New Jersey is the alchemy of a musical genius. Hearing the song in this context—following the firecracker incident, “This Land Is Your Land” and a tentative “The River”—“Trapped” offers unmistakable catharsis.

Set one wraps with a high energy “Out in the Street” and full-tilt “Badlands,” rich with Van Zandt vocal accents, Roy Bittan piano, and plenty of Max Weinberg propulsion.

East Rutherford 7/9/81 is marked by its new songs, but it was also a summer Shore party as the second set makes clear. The festivities begin with “You Can Look (But You Better Not Touch),” replete with some interesting lyrical additions where our protagonist is “going downtown, gonna buy a gun.” Love the guitar mix on this one.

From there, bang bang into “Cadillac Ranch,” Bruce’s ultimate party song “Sherry Darling,” and “Hungry Heart” (with the audience taking the first verse capably) before we’re treated to a guest appearance. Gary U.S. Bonds, whose Springsteen-Van Zandt-produced album Dedication was released that April, duets with Bruce on the traditional “Jolé Blon” (which Springsteen introduced to his own sets in the UK), and Bonds takes the lead vocal on his hit single, the Springsteen original “This Little Girl.”

The third and final new song of the show, “Johnny Bye Bye” follows. Bruce offers a eulogistic rumination on Elvis Presley to introduce the song, which, like “Follow That Dream,” draws potency from its spare arrangement. It is a compassionate farewell to The King. Paired together, “Racing in the Street” extends the elegiac sentiment in a resplendent reading led by Bittan on piano.

Time to party. “Ramrod” low rides into an extra playful “Rosalita,” as Clarence Clemons set the scene with the opening lines from Lloyd Price’s “Stagger Lee”: “The night was clear, and the moon was yellow. And the leaves came tumblinggggggggg.” Band intros are on point, accented by tasty Stevie guitar licks throughout and concluding, of course, with The Big Man himself, who Bruce posits could be the next Governor of New Jersey. “Sounds like a good idea. Clarence Clemons Arena, I like that,” he says, referencing the new arena named for Governor Byrne. All of which leads to “Spotlight on the Big Man” and its brief vamp on “Sweet Soul Music.”

For the encore, the most Bruce Springsteen song Bruce didn’t write, “Jersey Girl.” This performance of the Tom Waits classic is the one that would be officially released as the b-side to “Cover Me” three years later, but I don’t recall that mix bringing Van Zandt’s guitar so charmingly to the fore. A superb “Jungleland” accompanies, with sublime soloing from Stevie and Clarence, along with a pacey “Born to Run” with Bruce soaring for “girl I’m just a scared and lonely rider.”

The New Jersey homecoming wraps with an extended “Detroit Medley” which takes several exciting detours as it careens along the turnpike. The first is “I Hear a Train,” then a rare romp through Mitch Ryder’s “Sock It To Me, Baby!” (written by Bob Crewe and Russell Brown), another scoop of Arthur Conley’s “Sweet Soul Music,” and finally a generous slice of Sam Cooke’s “Shake” in what might constitute the best “Detroit Medley” ever.

The phrase “giving the people their money’s worth” would be an apt description for the final night at Brendan Byrne Arena 39 years ago. Now, it is time to return the favor. All net proceeds from the sale of the East Rutherford 7/9/81 will be donated to the New Jersey Pandemic Relief Fund. 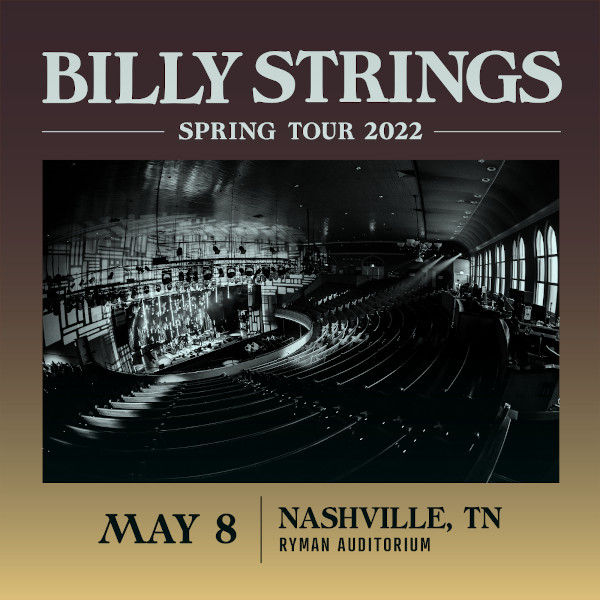