Pixies’ reunion was initially pegged to an appearance at the 2004 Coachella Valley Music and Arts Festival in Indio, CA, but the quartet understandably needed a little time to warm up before playing in the desert in front of 50,000 people at sunset. Hence, a run of small club dates in out-of-the-way locales was scheduled beforehand, opening April 13, 2004, at the 650-capacity Fine Line in Minneapolis. At that show, the group’s weird, loud, profoundly influential sound crackles through the speakers from the first seconds of “Bone Machine” to the last screeching guitar notes of the Deal-sung “Into the White” that closed the 27-song set, as screaming fans lose their minds.

Beyond the triumphant Coachella performance, the live Pixies collection also features a sold-out, four-night June 2004 run at London’s Brixton Academy plus several gigs from the following year, including a set at the Rock and Roll Hall of Fame in Cleveland. Two rare 1991 shows from France (Lyon, May 27) and Bordeaux (June 1) offer an equally fascinating peek into the fierce live incarnation of a band that would be broken up less than a year later.

nugs.net spoke with Lovering about the early run of 2004 reunion dates, including that infamous Coachella set. Pixies are touring extensively this year, beginning June 22 in Rouen, France and wrapping Dec. 17 in Christchurch, New Zealand.

Jonathan Cohen: Take me back in time to early 2004. How long did the band rehearse before the Minneapolis show?

David Lovering: Gosh, if I remember, I don’t think it was very long. I think we might have rehearsed for maybe two days, possibly? The Fine Line in Minneapolis was the first real test. If I recall, it was like riding a bike. It really was. There was nothing new I had to learn. It was all stuff that was nostalgic. This is what I grew up with and learned how to play. It was very easy, I think, for all of us. We just went over the stuff enough and trusted that the Fine Line would get us back in order.

That’s pretty remarkable after not having played together in 12 years!

Yeah! It’s funny now, because for this world tour coming up, we’re going to meet in France. We’ll do one rehearsal at the venue the day before the show, and it’s probably going to last four hours. Then we’ll say, yeah, we know it. We know it [laughs]. And then we’ll just show up the next day and start playing. That’s the way it is now.

Had you yourself played any Pixies songs on your own between the original breakup and the reunion?

Never, never. No. I mean, I pretty much gave up the drums for a period of time. I was resigned to the fact that the Pixies were a love that I had and something so special to me, but one that wasn’t going to happen again. I finally gave up drums and became a magician, believe it or not. It’s only a couple of letters off from ‘musician’ [laughs]. I really didn’t pick up the drums again until I knew we were re-forming, and that’s when I started playing. I bought a Roland electronic kit because I lived in a place where I couldn’t play drums, and an electronic kit was much more conducive for that environment. For two months, I started playing again.

What were those first few shows back like pre-Coachella?

I can say that it was the same feeling from rehearsals to actually doing the first gig. At the Fine Line, we were apprehensive and a little nervous. We hadn’t done it in a long time in front of an audience. But being out there, nothing had changed. The only thing that changed was, it was a different climate for us. In our absence, I know our popularity grew. At that first show, we were just kind of going balls out, if you’ll excuse the word. We all got blisters! We were sweating! But we were enjoying it. It was a small, intimate environment where you can feed off the crowd. We had a blast. That set us up for Coachella, but Coachella was another world in itself. When we went out there, it was a sea of kids who may not have been born when we were initially a band. But they knew the words and they were singing along. It was surreal. I had the chills playing. I’d never experienced that before. It was something else.

I was there at Coachella, and I remember you coming out from behind your drum kit to take photos of the crowd and the other band members.

Yes, I did. That was just something to behold.

The best part is that Radiohead went on right after Pixies. What a one-two punch!

Thom Yorke has said that he didn’t want to follow us [laughs]. He was a fan.

I remember talking to Charles around that time, and he told me the size of the Coachella crowd was almost lost on him because he could only really see out so far from the stage. Did you feel the same?

I did. At large festivals or shows like that, other than the first few rows that you can see, it’s hard to feel that intimacy. With Coachella, with everyone singing and holding up their lighters and phones, it gave the show a sense of unity.

I think it was the same as ’92. We knew how to play our instruments. It was really just, we came back to do what we did. It’s only in more recent history, from 2004 until now, when we’ve really been honing our craft, I think.

Were there songs you found a renewed love of playing? Or songs that were never or rarely played live in the original era?

I have no problem playing these songs. I love touring. I could play them forever. I don’t get sick of them at all. Nothing stood out in the gap that came to me later, but I know that we started playing “Here Comes Your Man,” which we never played back in the day. That was a pop song that was forbidden. We couldn’t play it. But once 2004 hit, we had the freedom and the right to do it, and we’ve been playing it ever since. I had to learn that song.

I know you had some personal challenges during that first tour as well.

My dad was dying. It was interesting, because in 2004, he did travel to England to see us, and that was a thrill. He had seen the Pixies years before, and for him to see us again on a different level, that was a treat for him. It was kind of heavy and did play a part in the experience. I remember him telling me that he was in the balcony with my mom — this older couple up there with all these young kids in Brixton. A conversation struck up and my mom said, oh yeah, that’s my son up there, and fans went wild. He hadn’t seen fans react like that before.

It’s hard to believe it has been almost 30 years since Pixies originally broke up.

At the seven-year mark of us having gotten back together in 2011, that was a longer period of time of us playing together than when we were initially a band. That was crazy. And to think now it’s 2022? It’s even more crazy.

New audio from nine 2004–2005 Pixies concerts is now streaming on nugs.net. Stream this latest drop and our entire catalog of live Pixies recordings.

Jonathan Cohen is a veteran journalist and talent booker known for his work at Billboard, “The Tonight Show Starring Jimmy Fallon,” Variety, and Spin. He is also the author of the 2011 New York Times-bestselling authorized biography of Pearl Jam, Pearl Jam 20. 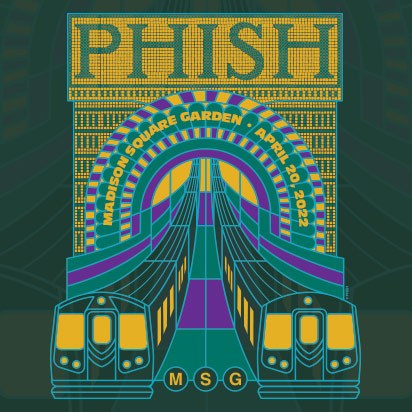 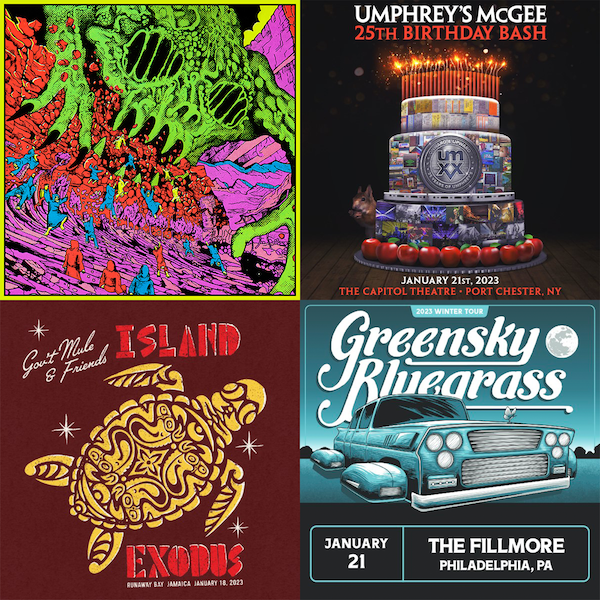