The Rangers Had A Homecoming

With the first Bruce Springsteen and the E Street Band concerts in six years now fewer than 50 days away, a return to where their rebirth began feels fitting. East Rutherford, NJ 7/18/99 was only the band’s second US date on the Reunion tour. It followed a 36-show European leg that saw them playing beloved outtakes (finally released on Tracks), exploring the depths of their own catalog, and rounding into form ahead of an audacious 15-night stand at Continental Airlines Arena to kick off the American run.

The 7/18/99 recording, newly mixed from multitrack masters by Jon Altschiller, bears a strong sense of purpose and urgency for reconnection. How thrilling it must have been to not only hear “I Wanna Be With You” for the first time, but to take Bruce’s title statement literally as he calls in the band members one by one in the song’s intro. We want to be with you.

As commonplace as “Prove It All Night” might feel in hindsight, longtime fans hadn’t heard it played with the E Street Band in 14 years, and surely many others in attendance never had. These early Reunion shows were marked by bang-bang pacing at the top as the first two songs roll right into “Two Hearts.” Nils Lofgren may take the solo in “Prove It,” but Stevie Van Zandt’s return to the band is undeniable in his call-and-response backing vocals, which extend into “Two Hearts.”

“Trapped” was a standout when the band christened this building back in 1981; in 1999, Patti Scialfa’s vocals lift the chorus higher while modern keyboard textures from Roy Bittan and Danny Federici give “Trapped” a subtle recharge. “Darlington County” teases the Rolling Stones’ “Honky Tonk Women” for several bars before the rowdy road trip begins, giving Clarence Clemons his fifth fine showcase of the night already.

Following that crowd-pleaser, three radical rearrangements show the Reunion tour isn’t here just to play the past by rote. The country arrangement of “Factory” shifts the tone of the song entirely, removing the drudgery-implying repetitive thump of percussion to yield something more contemplative about the meaning of “the working life.” Lofgren’s work in particular shines.

Bittan and Federici similarly recast the tone of “The River” with a long introduction behind Bruce’s mournful harmonica. The spare reading, accented by Danny’s accordion and Lofgren’s pedal steel, bears some influence from Bruce’s recordings for and around The Ghost of Tom Joad. Not every fan liked the rearrangement, but there’s no denying its disquieting impact and the bold choice to reinterpret a classic.

The full-band “Youngstown” might be the most successful of the three. With a trio of players on stage, the Reunion tour had a fatter, richer, and more forward guitar sound than the 1984-85 or 1988 tours. “Youngstown” makes the case that the E Street Band can be a full-throttled rock band whenever they like, and “Murder Incorporated” reinforces the point, riding Max Weinberg’s big beat in a sharp, stunning performance.

One has to admire Bruce’s sequencing as “Badlands” arrives to take us over the top and end a nearly flawless first half of the show. The de facto second set begins with the joyous invitation of a zippy “Out in the Street” in another appealing reading that the audience eats up.

After barely addressing the crowd to this point, Bruce takes to the E Street pulpit during “Tenth Avenue Freeze-out,” which features forays into “Red Headed Woman” and Patti’s own “Rumble Doll,” plus a nod to the great Curtis Mayfield with snippets of “It’s All Right” and “Move On Up.” A reverent “Loose End” follows, and again one has to readjust one’s mindset to remember the years when it was unimaginable “Loose End” would ever be released let alone played in concert.

The summer setting brings “Sherry Darling,” led by the Clemons’ horn, and Brendan Byrne ‘81 vibes abound. “Working on the Highway” makes a light-hearted companion before Bruce shifts gears down again with a solemn reading of “The Ghost of Tom Joad” that starts acoustic before the band adds gentle accent colors.

The full sense of return simmering all night is sealed by the first few notes of “Jungleland.” As great as the show has been to this point, the magisterial appearance of the Born to Run epic seals the deal between Bruce, the band, and the fans. Clarence Clemons meets the moment and plays his saxophone solo with complete confidence. They. Are. Back.

The set ends with a lively, guitar-drenched “Light of Day” and more snippets including “I Need a Train,” “I’ve Been Everywhere,” and a delicious snatch of Henry Mancini’s “Peter Gunn Theme” (Brucebase, how did you miss that one?). While “Light of Day” only served two tours of duty (1988 and 1999-2000) as an E Street set-closer, it did so with distinction, wrapping the set with momentum.

The encore opens with Springsteen in the confession booth, revealing secrets great, small, and embarrassing with admirable candor in “Freehold.” The song first appeared at Bruce’s solo acoustic show at his old high school in 1996 and its inclusion the first six nights of the 1999 NJ stand seems to suggest that as much as Bruce is back home as a local hero, he’s equal parts humble local man.

“Stand On It” is the final Tracks song in the set and features some dazzling displays from Bittan and Clemons in one of only 21 performances ever. From there, “Hungry Heart,” “Bobby Jean,” “Born to Run,” and “Thunder Road” give the people what they want, each sounding fresh after a long layoff.

On an evening firmly focused on the recommitment of Bruce and the band, “If I Should Fall Behind” delivers the sentiment with spotlight-sharing vocal turns from Nils, Patti, Clarence, and Steve on a song recorded and released while the band was on hiatus.

The night closes with a dedication to the Kennedy family–following the passing of John F. Kennedy Jr. two days prior–as the intro to “Land of Hope and Dreams.” Bruce’s modern day “People Get Ready” (so much so that he shares the writing credit with Curtis Mayfield) captures the American spirit as much as any song in the canon.

The 7/18/99 recording is the earliest Reunion show yet to appear in the Live Archive series, and it shows just how ready they were to begin what we now see as their modern era, one that will enjoy a new chapter come February when Bruce and the band will roar back to life. 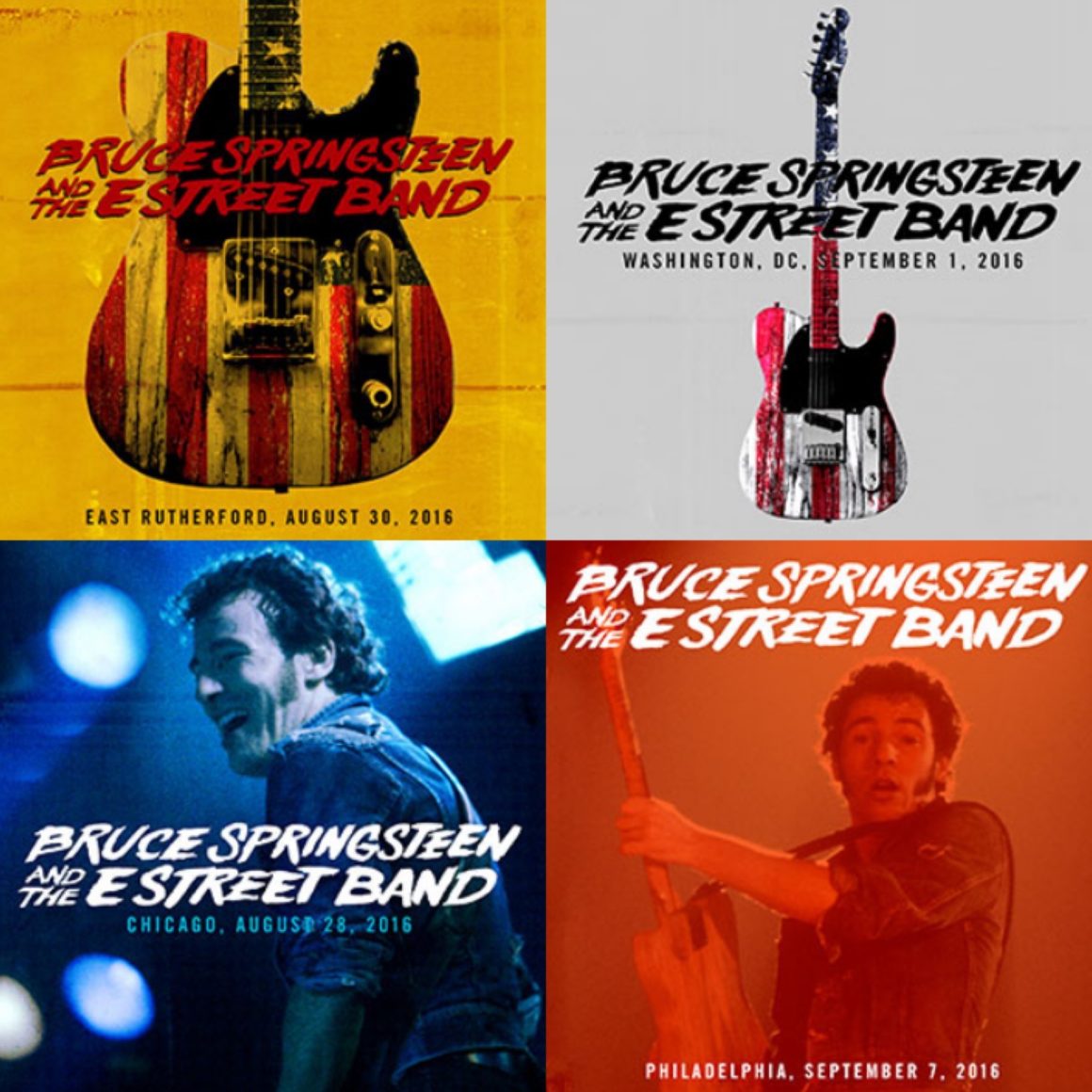