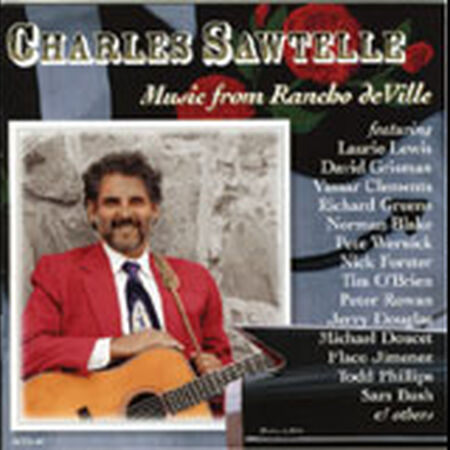 The Storms Are on the Ocean 248

Guitarist Charles Sawtelle's business card had exactly one word on it besides his name-no address or phone, just the word "Expert." In the wake of his passing, we are now blessed with Music From Rancho DeVille (ACD-44), the studio recording Charles had been passionately working on with producer Laurie Lewis.

Hearing Charles Sawtelle's touching vocals on tracks like Woody Guthrie's "The Ranger's Command" brings back his soft, sincere speaking voice and all the passion that coexisted with his infallible good manners. Other vocal duties are given to Norman Blake on the Carter Family's "The Storms Are On The Ocean" and "Amber Tresses," and Vassar Clements delivers a craggy and tender version of Lefty Frizzell's "Mom and Dad's Waltz." Of the several instrumentals peppering this disc, the uncompromising beauty of Sawtelle's "My Life Is In Your Hands" reveals his mastery of tone and impeccable taste.

Acoustic Disc is donating the profits from the sale of this album to The Bluegrass Trust, a non-profit fund to help musicians in need, under the direction of the International Bluegrass Music Association.