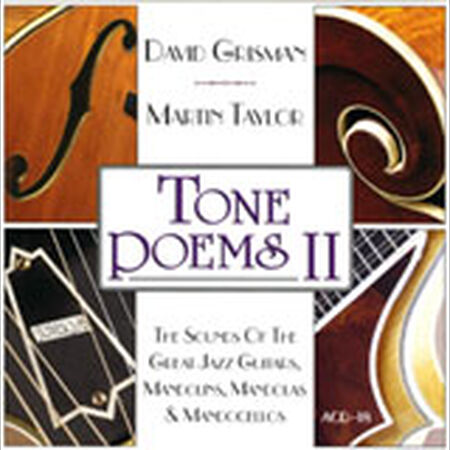 Musette for a Magpie 197

Vintage Voices of the Jazz Age Tone Poems II features mandolin master David Grisman and guitar virtuoso Martin Taylor in a jazzy sequel to the highly acclaimed Tone Poems project by Grisman and flatpicking great, Tony Rice. Both albums document the sounds of the great vintage fretted instruments of the 20th century. On Tone Poems II, Grisman and Taylor create the "vintage voices of the jazz age" with a repertoire of 19 standards (played on 41 classic instruments) spanning a range of 70 years, from George Gershwin's "Swanee" to Chick Corea's "Crystal Silence."

Along the way, you'll hear a quartet of rare Lloyd Loar-signature models on "It Had to Be You," Irving Ashby's (Nat "King" Cole Trio) D'Angelico Excel guitar on "Unforgettable," and many other classic "axes" on tunes like "Over the Rainbow," "Blue Moon" and "Mood Indigo."