Blues For A Gypsy 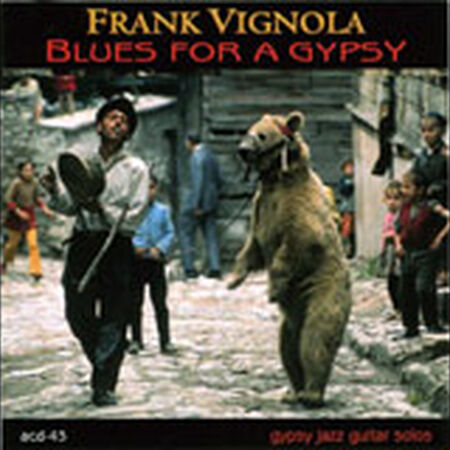 Co-produced by David Grisman, Blues for a Gypsy was captured direct to 2-track analog, mastered with the HDCD process and delivers the exceptional sound quality and musical excellence that has become the hallmark of Acoustic Disc.

"Imagine Django Reinhardt's gypsy guitar flare applied to a Charlie Parker tune or a delta blues, or even the solo violin music of J.S. Bach. Well that's exactly what guitar genius frank Vignola has accomplished in this unique recording - and more. Frank's playing is steeped in the Rheinhardt tradition but, more in mportantly, it's not a prisoner there. His musical outlook is wide and varied, touching upon many jazz traditions, old and less old." - David Grisman