Stories the Crow Told Me 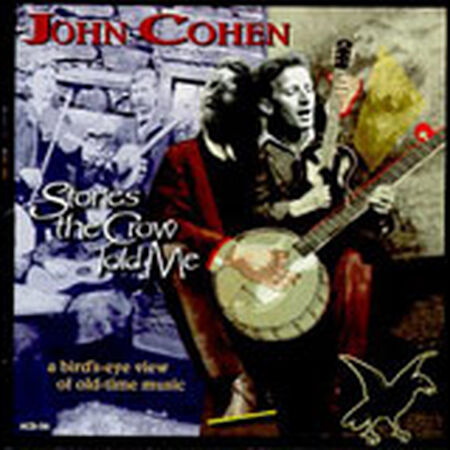 The Story That the Crow Told Me 171

My Name Is John Johanna 210

Old-Time Music Breaks New Ground Stories the Crow Told Me is the first solo release by John Cohen, an original member of the New Lost City Ramblers and a long-time proponent of old-time music. The 23 selections on this album offer over an hour of traditional melodies performed by John (vocals, banjo, guitar) with help from co-producer David Grisman (mandolin, tenor banjo, guitar and autoharp) and old friends Sue Draheim (fiddle) and
Jody Stecher (fiddle, banjo and guitar). John helped found the New Lost City Ramblers, who have championed old-time music for 40 years. He's also an acclaimed folklorist, photographer and film maker who has produced numerous recordings and films of traditional music from all over the world.

Jerry Garcia and Robert Hunter of the Grateful Dead were among those listening to old-time music in the 1960s. "The Story That the Crow Told Me" and "Buckdancer's Choice," heard on this CD, are mentioned in the lyrics to their anthem "Uncle John's Band." "If I wasn't specifically thinking of you personally when I wrote 'Uncle John's Band'," Robert Hunter told John, "I might as well have been; you fill the bill."