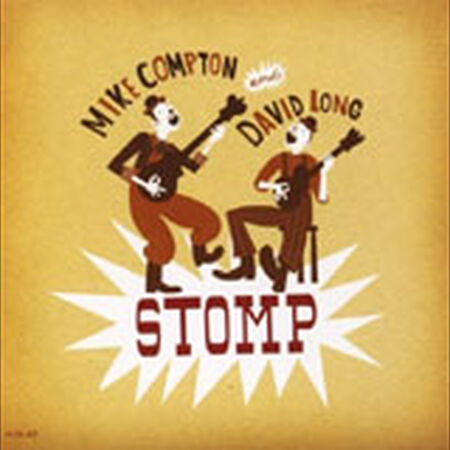 Every Humble Knee Must Bow 175

The immense popularity of the music from O Brother, Where Art Thou? brought forth a torrent of interest in traditional roots music. Whether it be bluegrass, old time, blues, gospel or ragtime, there is no finer practitioner of this idiom on the mandolin than Mike Compton of the Nashville Bluegrass Band. Widely acclaimed for his contributions to the O Brother soundtrack and tour, he teamed up with David Long, a young gifted mandolinist and vocalist, in 2003. It seems only fitting that these mando-masters of traditional American music found their way to David Grisman's studio to record, STOMP, the first ever release from Mike Compton and David Long.

With tunes like Bill Monroe's "Evening Prayer Blues," "Ashland Breakdown," "Old Mountaineer" and "Tanyards" one hears the soulful essence of Monroe's musical wisdom channeled through this gifted duo and taken even a step or two further.

Original compositions by Mike Compton are highlighted throughout on the hypnotic "Big Indian Blues," the exciting down-home blues mandola solo "Stomp" and the octave banjo mandolin solo piece "Black's Run." David Long's composing talent and strong solo techniques are showcased on the moving "January Nightmare," while on "Centipede Hop," both tell the humorous story behind this lively and melodic collaboration.

Whether newly composed by either Compton or Long, or taken from traditional archives, STOMP is a moving musical odyssey through the deep South circa the 1930s and 40s, delighting the listener with a variety of vocals and instrumentals in blues, ragtime, minstrel, gospel and old time genres.