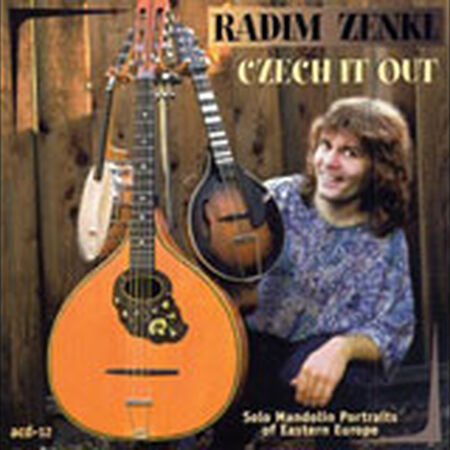 When I Ride Through That Forest 215

Czechoslovakian mandolinist Radim Zenkl is back with a stunning collection of solo mandolin, mandocello, and mandolin banjo music that showcases his gifts as a composer and his inventive style as a performer. Czech It Out (featuring eight Zenkl originals and seven traditional songs from his native land) is a technical tour de force: "Often it sounds like he's playing two or three instruments at the same time," says Acoustic Musician magazine of Zenkl's incredible technique. "He plucks, strums, uses a bottleneck slide and even taps the strings with a pencil to elicit sounds previously unheard and perhaps unimagined on the mandolin."

The original compositions on this recording reflect Zenkl's classical training as a child, his eastern European heritage, and a passion for Western music that runs so deep that he came to America (three months before the fall of communism) to be closer to his musical influences. Today, at 28, Zenkl has made his mark on the modern mandolin movement in this country where his music is on the cutting edge. Czech It Out , co-produced and engineered by David Grisman, is Zenkl's second release on Acoustic Disc.