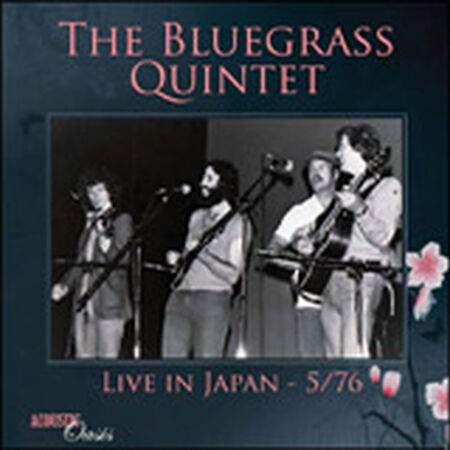 Don't Give Your Heart To A Rambler 227

Beating Around The Bush 195

Maybe You Will Change Your Mind 163

I Know What It Means To Be Lonesome 195

"From the first licks of Bill Monroe’s tune “On and On’ with Tony Rice singing lead, along with Bill Keith and David Grisman singing harmony, you know this is going to be a great music. To hear another set of Tony Rice singing bluegrass is a delight, as this was recorded back in 1976! And what a band, two ex-Bluegrass Boys, Richard Green on fiddle and Bill Keith on banjo, or Brad Keith as ol’ Bill Monroe used to call him, because there could only be one Bill in "his" band. Round that off with Todd Phillips on bass, and this is truly a Bluegrass supergroup. It reminds me of bands from a few years earlier, with some of these same musicians, both the Muleskinner band, and Old and In The Way. And if any of you don’t think Grisman has traditional Bluegrass chops on mandolin, think again........yeah he puts some of his own musical ideas in there, but listen to his classic backup behind the vocals, or his Monroe inspired downstroke licks, or the way he tags out a tune at the end.....it is a primer in hip Bluegrass mandolin. Listen to how his rhythm chops, and turnarounds, combine and syncopate with Tony Rice’s guitar rhythm.......and drives this band...... those two weren’t called the Gasoline Bros. for nothing. Bill Keith’s melodic and tasteful banjo solos and Richard Green’s classic fiddle playing are obviously inspired by playing over this great rhythm section, and add to that the excitement of a live show.......it is all nicely captured in this fine sounding classic recording. Grisman is all over this music with powerful solos or expressive tremolo, in one tune after another. They play several other traditional Bluegrass songs, and some great instrumentals too including: Keith’s “Beating Around the Bush”, Wakefield’s “New Camptown Races”, Grisman’s early masterpiece “Opus 57”, and even a fine version of Duke Ellington’s “Caravan” which stretches the set from straight Bluegrass to New Acoustic. Keep them coming David........it is very cool to get to hear these never released live gems from the vault. "