What Happened to TV? 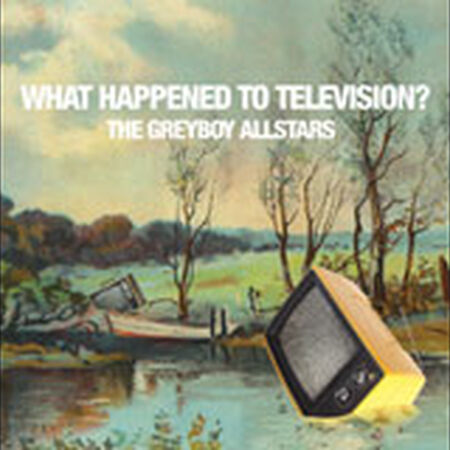 Give the Drummer Some More 374

What Happened To Television?, The Greyboy Allstars' first studio release in ten years, reunites the band with producer/co-founder DJ Greyboy.

When The Greyboy Allstars first formed almost 15 years ago, some of the West Coast’s visionary young musicians came together to realize the unique artistic vision of rare groove luminary DJ Greyboy: an original sound reminiscent of `70s soundtrack music. What Happened to Television?, the group’s first studio album in nearly a decade, finds them reunited with DJ Greyboy, whose role as producer marks his first collaboration with the band since their seminal 1995 breakthrough, West Coast Boogaloo.

What Happened to Television? Features all of The Greyboy Allstars’ original members, who have launched highly successful, substantially diverse solo careers. Hammond organist and keyboardist Robert Walter has recorded and toured with everyone from the Headhunters to downtown NYC avant rocker Bobby Previte. After the Greyboy Allstars scored the film Zero Effect, guitarist/composer/ Elgin Park (aka Michael Andrews) continued to write for the screen, scoring such critically praised films Donnie Darko and Me and You & Everyone We Know, as well as the underground TV hit “Freaks and Geeks.” He has also produced recordings by Metric, Brendan Benson, Inara George and Gary Jules, whose Andrews-produced cover of “Mad World” reached #1 on the U.K. charts. Horn player Karl Denson became leader of one of the top live touring bands, Karl Denson’s Tiny Universe. Bassist Chris Stillwell and drummer Zak Najor are one of the most sought after rhythm sections in any genre.

An emphasis upon emerging West Coast artists is still essential to the Greyboy Allstars sound. In addition to singing backup on “Still Waiting,” indie starlet Inara George is part of the vocal trio The Living Sisters (Eleni Mandell, Becky Stark and George) on the album’s irresistible first single, "How Glad I Am."