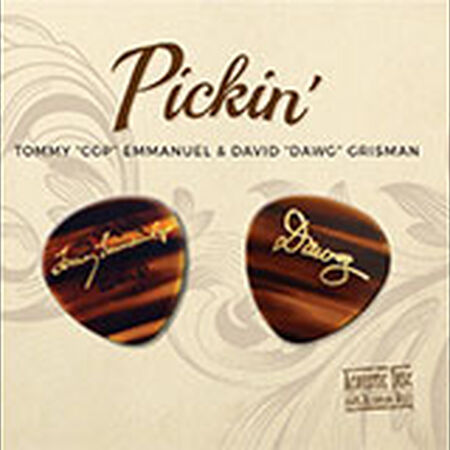 Tommy Emmanuel and David Grisman have admired each other's music for years but their paths had never crossed until Tommy invited Dawg to sit in at a San Francisco concert in 2014.

An exuberant meeting of musical souls, captured (in the living room) by Dawg's long-time friend and recording engineer extraordinaire, "dB" Dave Dennison, these performances exude spontaneity as well as great nuance and depth in what promises to be an important, long-awaited and historic musical friendship.