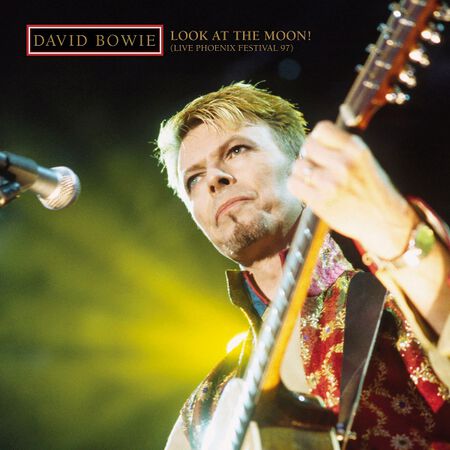 LOOK AT THE MOON! Is the fourth in the 'Brilliant Live Adventures' series of 90s live albums.

Recorded live at The Phoenix Festival, Long Marston, England on 20th July, 1997, LOOK AT THE MOON! features such previously unreleased rarities as a cover of Laurie Anderson’s ‘O Superman’, which the band had also played at their secret show as 'The Tao Jones Index’ show at the festival the previous day.

Setlist at The Phoenix Festival, Warwickshire, UK on Jul 20, 1997

The Man Who Sold the World 215

Battle for Britain (The Letter) 275