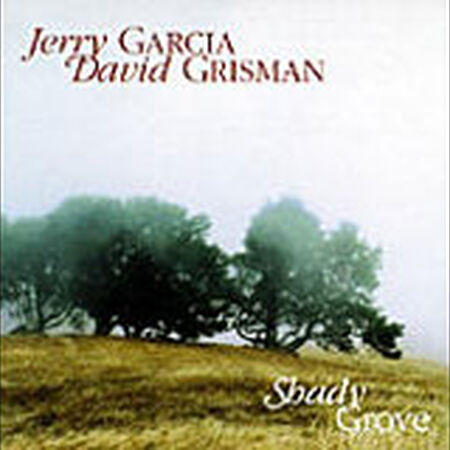 Shady Grove showcases the exceptional folk songs and ballads that were performed and recorded by Jerry & David during the early 1990's. The recording includes an incredible version of the title track as well as "Stealin," "Jackaroo" and "The Sweet Sunny South." Five tracks are duets, two of which feature Jerry playing 5-string banjo, with David playing guitar or 5-string banjo; 5 tracks feature the Garcia/Grisman band with DGQ members Joe Craven and Jim Kerwin, and 3 tracks are trios with special guests Bryan Bowers (autoharp), Matt Eakle (flute) and Will Scarlett (harmonica).

Shady Grove was recorded in Dawg Studios during the last five years of Jerry's life and shows the breadth and depth of Jerry Garcia as one of the great interpretive American folk artists of this or any other generation. This soulful set of 13 classic acoustic performances comes in a special slipcase and includes a comprehensive 44 page booklet of notes by John Cohen of the New Lost City Ramblers, newly published photos, lyrics to the songs and a selected folk discography.

"This is probably the best album in the series of Garcia/Grisman recordings that have been released since 1995. It was the first release in the series and it is a excellent example of the Americana-style this duo was famous for. Make sure you stick around for the "bonus" track at the end - a short rendition of "hesitation blues"."