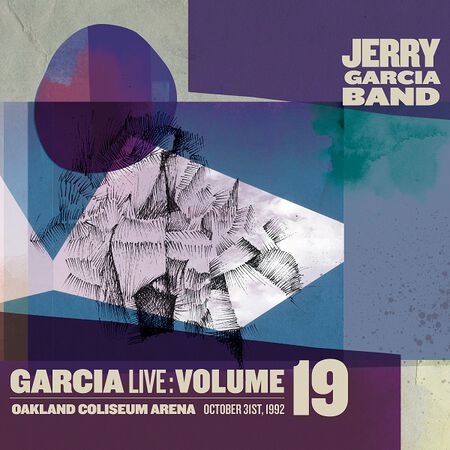 In the summer of ’92, Garcia once again found himself in a perilous position as his health deteriorated so significantly he ultimately collapsed. His reemergence here on Halloween three months later, slimmed down and in great spirits, was a real sight for sore eyes for the 17,000 in attendance at the Oakland Coliseum Arena. The setlist for the evening suggests the significance wasn’t lost on Garcia. Though hardly an uncommon opener, “How Sweet It Is (To Be Loved By You)” hints at Garcia’s gratitude for the outpouring of affection he received; while a poignant take on “The Maker” spins a tale of a “body bent and broken.” Thankfully this evening has more to it than just sentimentality – there are some exceptionally fine performances here too including a second set that’s among the decade’s best. This Halloween ’92 performance includes two performances cherry-picked for previously released compilations: “Ain’t No Bread in the Breadbox” from Shining Star and “Tangled Up in Blue” from Garcia Plays Dylan. The second set opening “Shining Star” is positively stunning with its lush harmonies and solos illustrating why Melvin Seals dubbed the group “the magic band.” Elsewhere, rollicking versions of “Lay Down Sally,” “You Never Can Tell [C’est Le Vie],” and the show closing “Werewolves of London” gave the fans plenty of opportunity to shake their bones.

How Sweet It Is (To Be Loved By You)

The Night They Drove Old Dixie Down

And It Stoned Me

Ain't No Bread In The Breadbox

Tore Up Over You

Waiting For A Miracle

My Sisters And Brothers

Tangled Up In Blue

"It doesn't get any better than this. A perfect JBG show in Oakland on Halloween. Stellar Recording. We miss you Papa Bear."

The Night They Drove Old Dixie Down 562

Ain't No Bread In The Breadbox 631

Waiting For A Miracle 363

My Sisters and Brothers 361