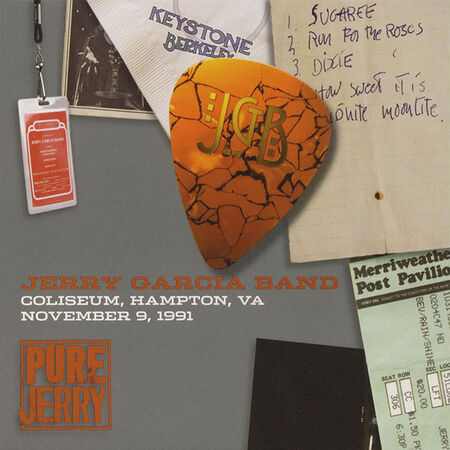 The Night They Drove Old Dixie Down 648

I Second That Emotion 586

My Sisters and Brothers 279

Ain't No Bread In The Breadbox 555

Bright Side Of The Road 481

Waiting For A Miracle 421

What A Wonderful World 484

"I'd seen The Dead maybe 50 times before this, my first JGB show. Bruce Hornsby being a local, was gracious enough to sit it the entire show. The energy from his presence came out instantly in the entire band's enthusiasm. Every tune Jerry played that night, I'd never seen live. The whole show was completely transcendent, and played to complete perfection. I went on to see Jerry another 50 or so times, and and many shows as I've listened to from his career, I can't recall any other time where Jerry introduced the entire band. As far as I know, this may be the only time he's done it. Before this show The Dead was my favorite band. After this show, The Jerry Band tops them all... "