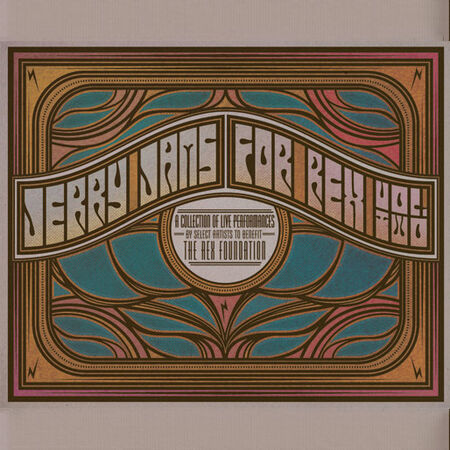 We know you loved Jerry Jams for Rex, which included some of the sweetest tunes ever collected, and for such a great cause… Well, good news!

With Jerry Jams for Rex II, stellar musicians honor Jerry Garcia’s continuing musical and community contributions with generous contributions of noteworthy live performances of Jerry Garcia songs to benefit the Rex Foundation.  This tasteful compilation provides a rich musical experience for enjoyment of long-time favorites.  All proceeds are a contribution to Rex.

Furthering what Jerry Garcia and the Grateful Dead started 27 years ago, the Rex Foundation endeavors to fund grassroots programs that are often under the radar of larger funding entities, yet work in bold, innovative ways to carry out essential work toward a healthy environment, promotion of the arts, protection of indigenous cultures, assisting others less fortunate, building strong communities, and educating children and adults.  The Rex Foundation has distributed just about $8.7 million in grants to over 1,000 programs across the U.S. and internationally, while also carrying out fundraising initiatives that foster creativity and positive community connections.

Jerry Jams for Rex II is possible because of the sterling contributions of music, resources and know-how of the participating artists and people involved in the initiative. The Rex Foundation extends its heartfelt thanks and appreciation for the generosity of spirit and action of the people involved in creating Jerry Jams for Rex II, as well as to all the people who purchase the compilation. Together, we honor Jerry Garcia and demonstrate the positive power of music and community spirit.

Fire On The Mountain 646

Standing on the Moon 640

They Love Each Other 719