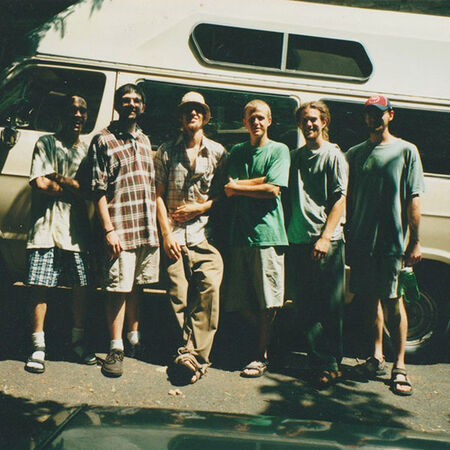 II: It's All Clear To Me Now, Umbilical Moonrise, Intro to a Cell, Suspended Reason, Floating Amidst

Days after Luke and myself graduated from college we packed up our unreliable band van and drove out to Philadelphia to try to launch a touring rock band. The van was so weighed down we blew out 3 tires on the way out east. As you can see we had no money, a lot of unnecessary hair, overly baggy clothes and a youthful sense of optimism. This was the very first show in Philadelphia we played, in the basement of what is now a bar called St. Stephen's Green. A space called Club Nostradamus. As we approach our 20th year as a band I'm looking back through our archive to unearth live recordings that are not available online and shed some light on our evolution. - Jesse Miller