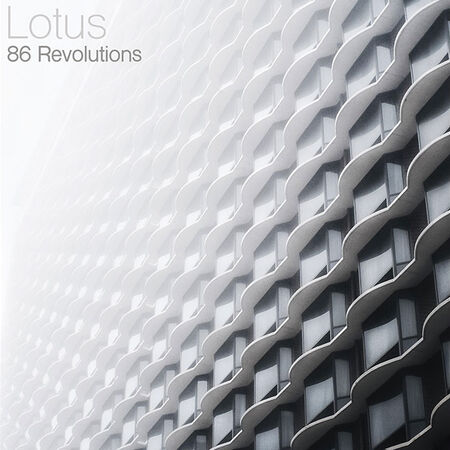 Lotus just wrapped up a lengthy tour that took the band to sold-out theaters across the country. Now, they have released a 14-track collection of recordings from the tour titled 86 Revolutions which features songs from their most recent album, Eat the Light, as well music written in the earliest days of the band.

The album title refers to the number of days between the first and last show of the tour. Selected tracks include the second song from the first show of the tour as well as the closing song of the final show, Umbilical Moonrise, the first song the band ever wrote and a fan-favorite rarity.

Jesse Miller (bassist) selected the tracks and mixed the album. “We had a new soundboard for this tour, and the multi-track sources sounded great,” he says. “We release all of our shows, but this was an opportunity for me to spend extra time mixing to expose all the layers that build the Lotus sound.”

The collection features several tracks not released on any studio albums including Expired Slang and The Opus as well as covers of Lindstrøm's Rà-àkõ-st and the Talking Head's Moon Rocks.

When Our Nerves No Longer Twitch 370