moe. Setlist at on 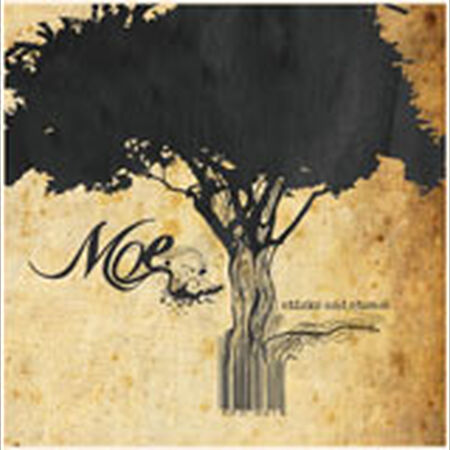 The dust had yet to settle at moe.down 8 this past September when moe. — Al Schnier, Vinnie Amico, Rob Derhak, Chuck Garvey, and Jim Loughlin — packed up its gear and headed off to the Berkshire Mountains. The destination was western Massachusetts, the small enclave of North Egremont, to conduct an experiment in musical composition. The object was to create and produce an album. The second studio release in a year. The first, the critically acclaimed, The Conch, was years in the making. For this album, for the most part, there was no music written. Perhaps a few lyrics or concept for a handful of songs, and two older compositions never recorded in the studio. The result, Sticks and Stones, ten songs guaranteed to tickle your ivory, will be released on January 22, 2008.

There is a reason that moe. is the preeminent progressive rock band on the music circuit today. Their discography marks a continuous progress and evolution in performance art. Each and every release is a step forward, refining a musical signature very much their own, yet very much a part of the tradition of rock and roll. Broadly speaking, though that tradition may have its roots in the span of the American experience, rock and roll came to fruition in the 1960s and 1970s. The music from that period set the benchmark for the years that followed. This makes the many accolades and comparisons that moe. has received for their music — from Zepplin to Zappa; from Steely Dan to the Dead — all the more meaningful and, let's be serious, pretty good company for moe. to be in. It means that their résumé is solid enough, that critically their reputation is strong enough, and that subsequently they've earned a place carrying forward the tradition of rock and roll on its evolutionary progress. It's at once fascinating and exhilarating, and must be quite satisfying for the band and its many followers.

Which brings us back to Sticks and Stones. This album represents another step forward in the musical evolution of moe. Most artists would likely tell you that their compositions are well-rehearsed before entering a studio. That time for exploration and experimentation with the music has passed. Not so with Sticks and Stones. moe., in effect, created their own MacDowell Colony. An artistic retreat. They rented a hundred and fifty year old church, long since decommissioned and renovated; and apparently, an ideal environment for artistic expression. Secluded, the church offered the band a time and place to create. They wrote and recorded the album, largely collaborative songwriting, during the weeks after moe.down. Eighty percent of the music was written during the recording session. The music the listener hears was recorded at the near moment of conception. Specifically to capture the core of the music in its essence.

That said, Sticks and Stones is remarkable. They've produced an exceptional work of art. The arrangement and structure is a departure from the continuous flow of Wormwood and the intricately cultivated sound of The Conch, their last two studio efforts. The music on Sticks and Stones is fresh, immediate, concise. The two opening numbers, "Cathedral" and Sticks and Stones," are quite catchy tunes, venturing into melody with a solid rock beat. If the guys were seeking to infuse an element of old-fashioned rock and roll with this album, these two songs set the pace. Because they nail it. There's such a wonderful blend of music coming at you in "Cathedral," so much instrumentation throughout the song, in and around the vocals, building to a near anthem quality, it's hard to believe the composition wasn't months in the making. Then, abruptly, your greeted with the driving, rocking beat of "Sticks and Stones." Its light and whimsical lyrics dovetail nicely with crisp guitar work and an engaging solo near the end.

As the song fades it makes way for the pulsing, dramatic wave that slowly envelopes the listener with the third track, "Darkness." The song begins at a crawl and suddenly jumps into gear. Listen to Jim on the vibe. It sets the tone for the song throughout. The music is reminiscent of late sixties, early seventies edgy, acoustic-electric rock, but with the addition of the vibe. Kind of like CSNY meets Gary Burton. The lyrics, a not so subtle social message that asks, who, ultimately, are we going to blame? How much longer must we live in fear? are a perfect compliment to the music and delivered passionately by Rob.

The next number, "Conviction," steps out and greets the listener like an old friend. For those who follow moe. on tour, they'll be pleased to hear the studio rendition of this gem. Composed by Al Schnier, it features the addition of guest artist Allie Kral, the exceptional and talented violinist from the band Cornmeal (she plays violin and viola on four tracks).

On its heels, track five, "Zed Nought Zought" or "ZOZ," the album's only instrumental piece, is a well-placed transitional number. Long-time fans will relate to the ethereal quality of the jam. New fans will enjoy the light and airy flow. The first time through listen to the interaction of the guitar play between Al and Chuck as the composition builds from one crescendo to the next. The next few times through listen to the rhythm. The exceptional vibe and percussion work by Jim. The understated bass play by Rob. The seamless, efficiency of Vinnie's drum play. The interaction among the three with the solid guitar up front represents moe. at its best.

"ZOZ" provides the perfect segue to the next phase of Sticks and Stones. Tracks six and seven, "Deep This Time" and "All Roads Lead to Home" are, respectively, two more old-fashioned rock and roll numbers. The former, "Deep This Time," features nifty, slide guitar play, the soulful backing vocals of Nadine LaFond, and a driving beat. The latter, "All Roads Lead to Home," is the kind of tune that can play in your head for hours on end. The backing vocals, the guitar work, the harmony and melody combine to offer a pop-rock quality with an edge. moe. aficionados will recognize this piece. A Chuck Garvey composition, the song's been in the band's repertoire for a few years, though rarely performed.

It leads us to "September," which slows the pace down considerably. The mood of the music is somber and introspective as one may expect from the symbolism of its title. The combination of the acoustic guitar and violin are moving and well-balanced.

Don't get too mellow. "Queen of Everything" is going to perk you up real quick. This is a honky-tonk, smoking blues number. The song features Rob on vocals bolstered by hot slide guitar and slick picking between Chuck and Al, respectively. Not only is this song a catchy, foot-stomping number, but demonstrates the range of music Sticks and Stones achieves. In a matter of minutes the music has shifted from an ethereal jam to soulful rock to pop melody to honky-tonk.

Speaking of range, if the final cut on the album, "Raise a Glass," doesn't send you on a pub crawl then chances are you probably wouldn't be reading this anyway. Arranged in the tradition of an old Irish or English folk song, it features the violin play of Allie Kral and the backing vocals of old friends Umphrey's McGee. A sing-along, this is one of the more unique songs moe. has ever recorded, and will undoubtedly become a fan favorite. A number that will have the audience in any venue, bar or music hall, singing loudly.

And when you think about it that's how music should be. Bringing out the best. Singing along. Feeling good. Which is everything that Sticks and Stones is about. The music is engaging, filled with heady rock and roll, catchy melodies, and great musicianship. The music is also deep. Each and every song is well-crafted; produced, engineered, and mixed to a high degree of professionalism. In the final analysis, Sticks and Stones is an achievement for moe. An experiment in musical compositio 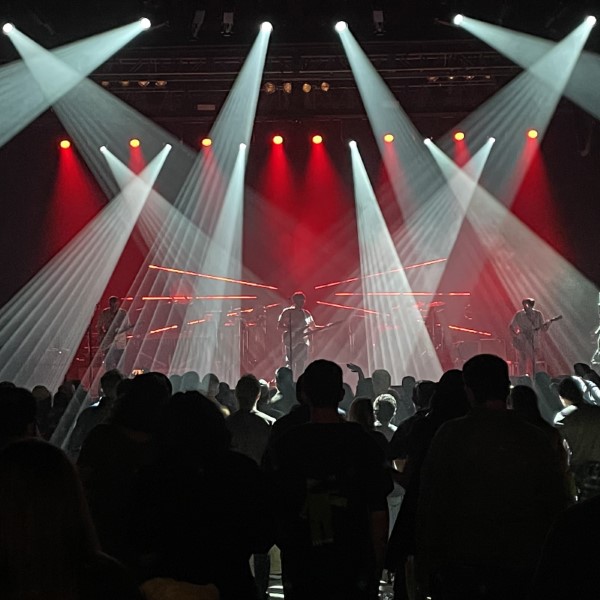 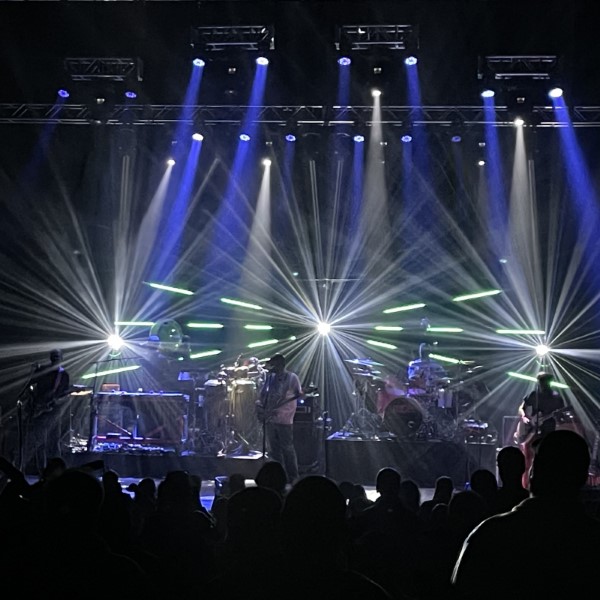 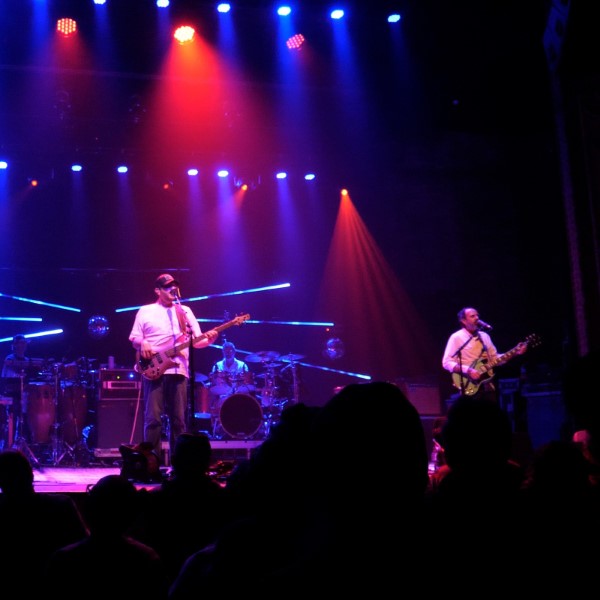 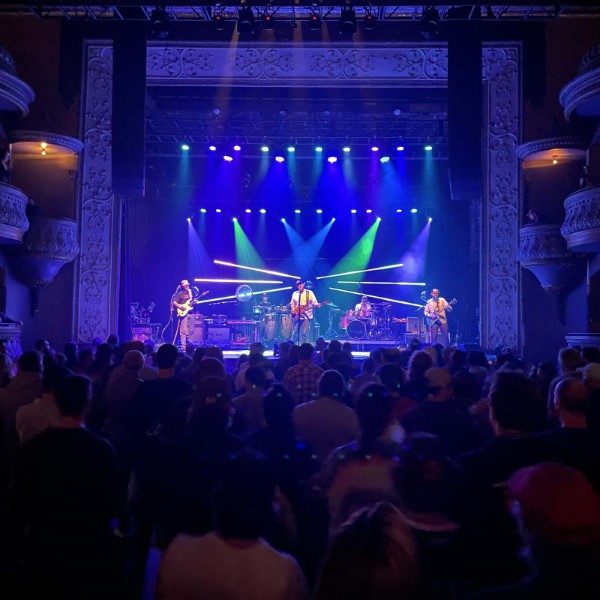 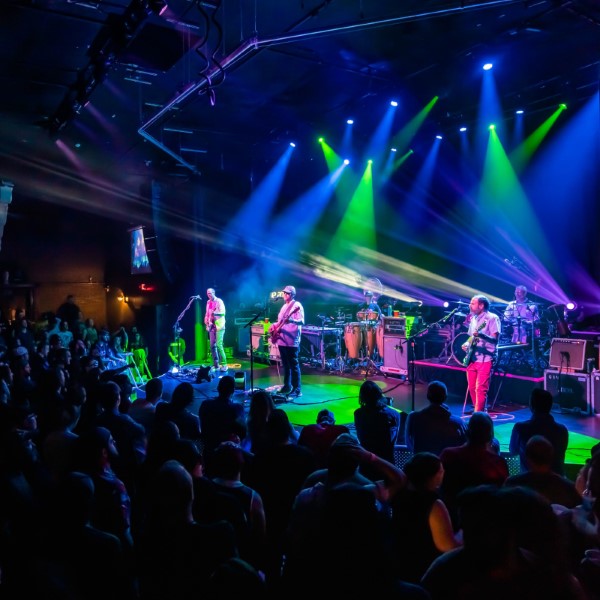 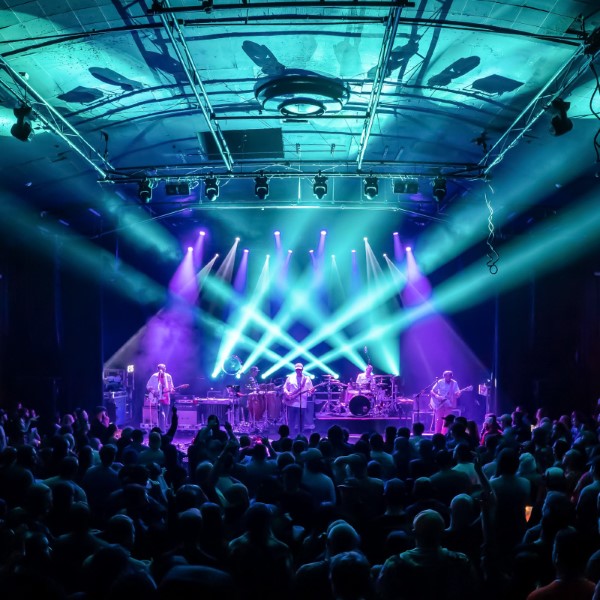 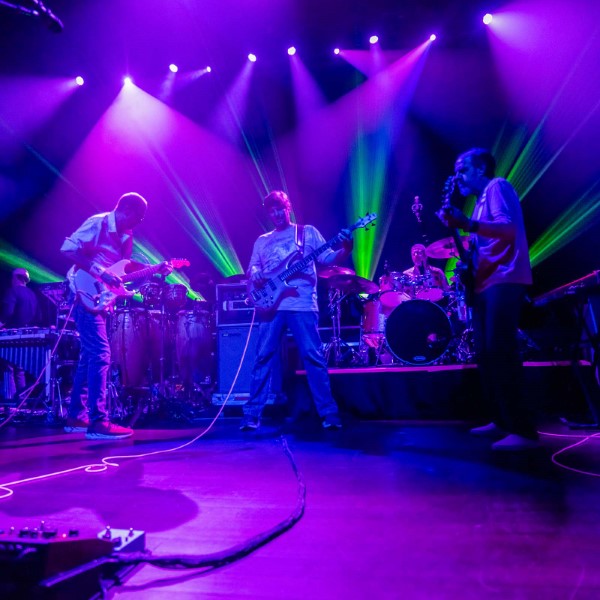 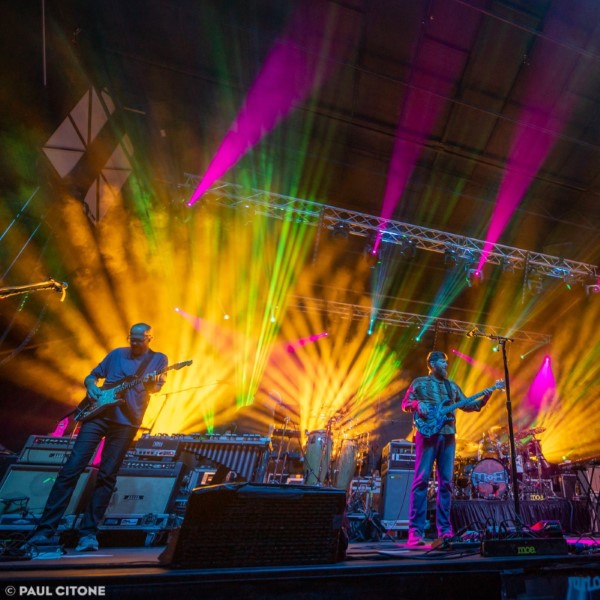 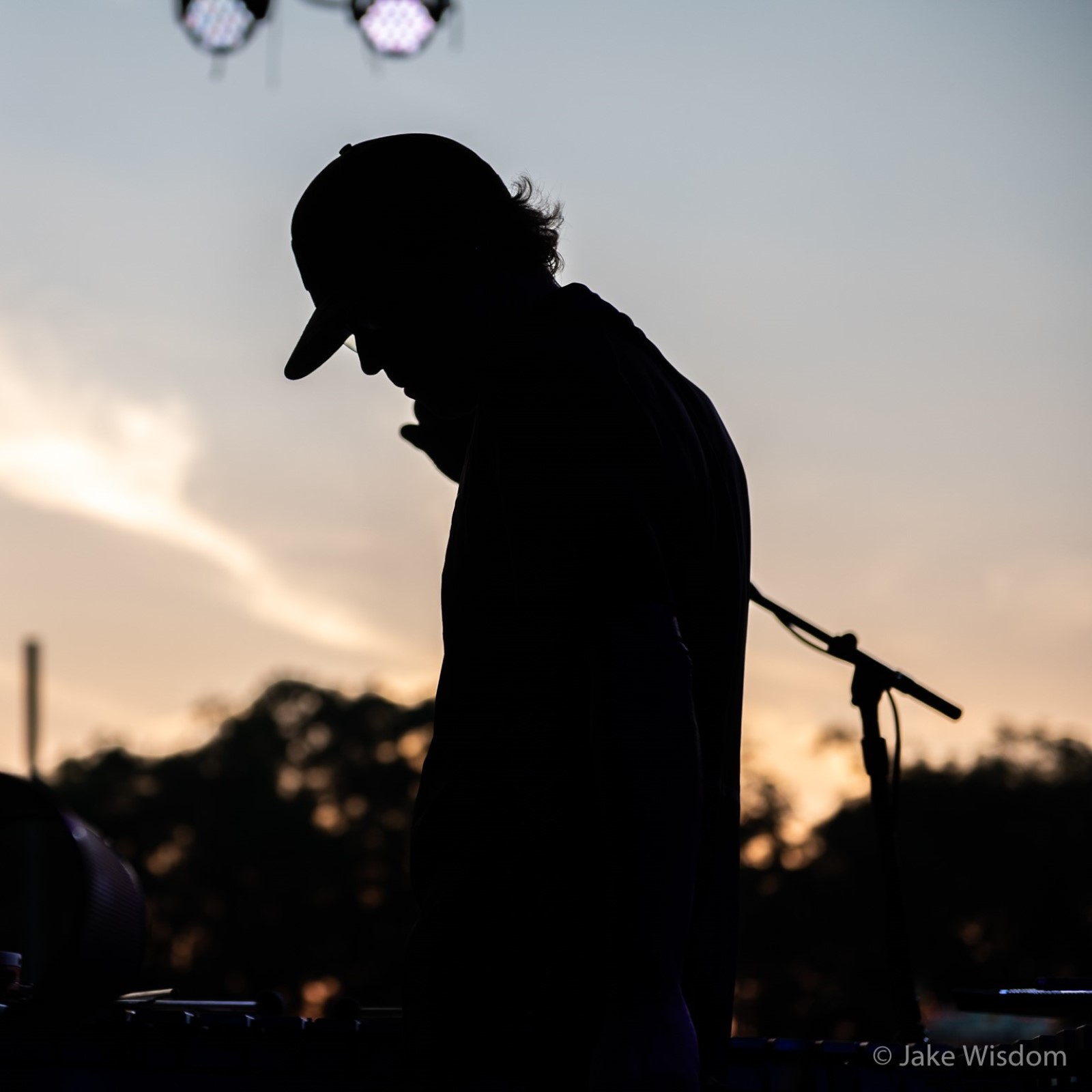 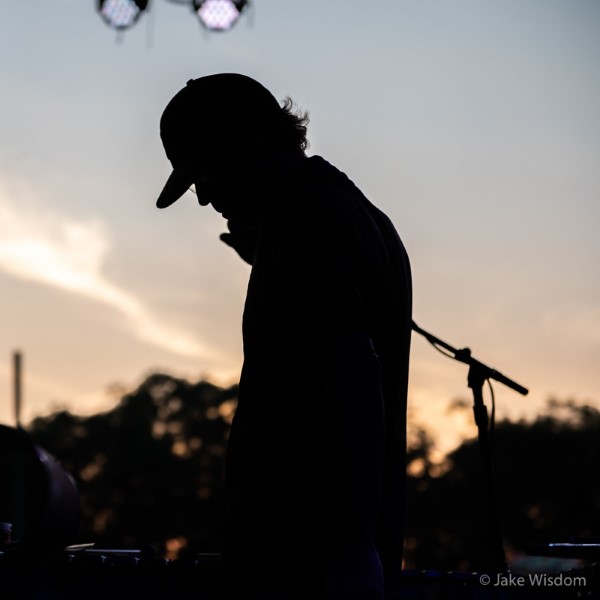 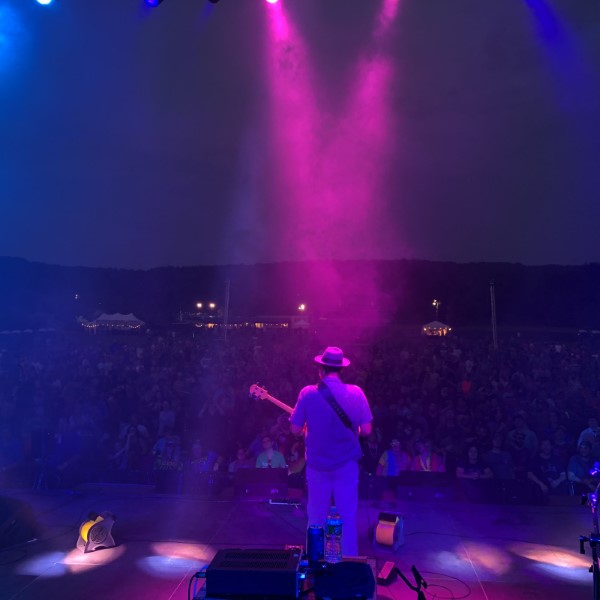 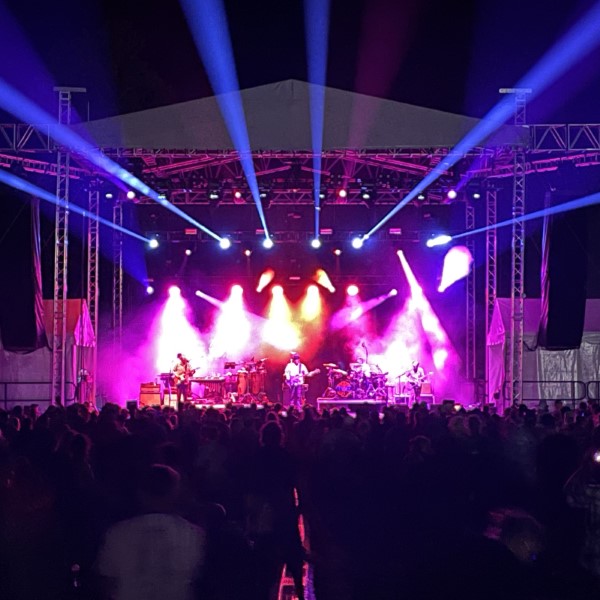 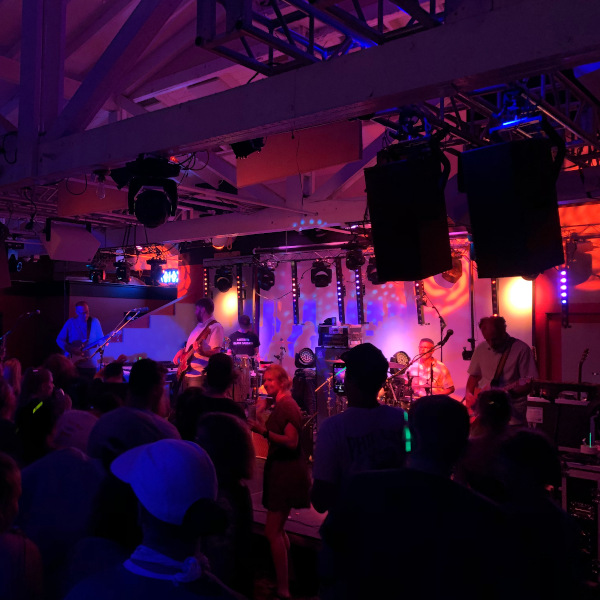