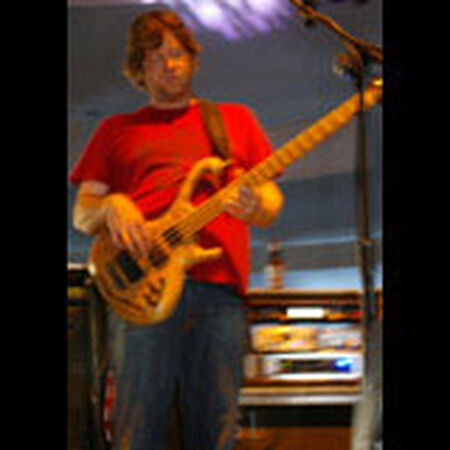 "I am just waiting for the time that Moe stops reading the "music mags for the masses" reviews. These new ballads including September (every show!?!) simply gotta go. They don't depict the abilities of the band very well and are just plain boring live. For now, this Moe.ron wont be seeing any more live shows until this crap every other tune and every show are removed from rotation. "

" Very well played show with a great mix of structured songs and jam vehicles. This was moe.'s 5th show in North Carolina since the New Year... THANK YOU! You got the impression that the pressure was off, they had delivered to the state and they were ready for the next parts of their journey. The Carolina Theatre is a beautiful renovated venue that is both open in space and intimate in scope. The sound was balanced and free and the music flowed well. It was only half full this night but those that came were ready for the ride ahead and we ended up with a relatively attentive crowd that allowed for some quieter, more contemplative pieces to have a place to shine. September is a poignant piece that should really be listened to a few times, was nice to get a chance to see it performed. Brittle End ->Wormwood->Not Coming Down was a real treat to end the first set. So strong without the need to be showy in technique. Sliding into the first verse of Not Coming Down in the same tempo as the Wormwood then kicking into overdrive to bring the song to it's usual power and pace was a nice surprise and interesting re-working of this combo usually done in the opposite order. Worth the download on it's own. For the rageaholics the show delivers in Akimbo, 32 Things, Big World and the Timmy Tucker encore. Faker (Finished) -> Shoot First-> CalifornIA->Big World is a great string of moe. tunes performed quite well that gives you a chance to hear the band show off it's prowess at composition, song writing, exploration, and raw power. Excellent all around show that was a treat to see, and an easy one to work into frequent rotation on the playback system. Thanks to moe. and the Carolina Theatre for a great time. Hopefully we can do it again sometime. "