Welcome back to every live music lover’s favorite time of year: it’s summer festival season. It’s time to pack up the camping gear, load up the car with friends and family and heed the melodious call of live summer music.

The 2022 summer music festival season marks the triumphant return of many of the music festivals we all missed out on during the worst of the pandemic. There is nothing quite like the sense of community inherent in enjoying great live music as a collective. There are memories to be made, people to meet, and most importantly, great music to enjoy. The music, the sunshine, the food…it all adds up to a fantastic time. If you’re a music fan, there’s no better way to spend your time than at one of these unique summer music festivals in 2022.

For the Jamband Lover: The Peach Music Festival

The Peach Music Festival celebrates its tenth anniversary with a much-anticipated return from its two-year hiatus! This summer music festival is a good choice for the festival attendee who wants to enjoy a stellar line-up of the best improvisational guitar music. The Allman Brothers founded the Peach Music Festival in 2012. It features a heavy-hitting lineup, a camper-friendly atmosphere, and a fantastic community ambiance amongst festival-goers.

When and where: The Festival will be from June 30 through July 3 at the Montage Mountain Ski Resort in Scranton, PA.

Hog Farm Hideaway is making its long-awaited debut at the Black Oak Ranch during the 2022 summer music festival season. Festival-goers will enjoy an intimate setting for the summer festival and a beautiful backdrop of sprawling meadows and majestic oak woodlands. The Black Oak Ranch is home to Hog Farm, one of the oldest communes in the country. They have a long history of involvement in music festivals, most notable among them being Woodstock in 1969. Hog Farm Hideaway is named in their honor and is billed as a musical treat for the entire family. The lineup is a fun mash-up of different styles of jam. The festival will feature an area for children, a healing sanctuary, an activist alley, and visual arts center. Hog Farm Hideaway is an excellent choice for festival-goers who are hoping to enjoy music and community in a family-friendly environment.

When and where: Hog Farm Hideaway will take place from June 10 through June 12 at the Iconic Black Oak Ranch in Laytonville, CA.

For The EDM Enthusiast: Electric Forest

If you’re looking to experience something transcendent, then look no further. Electric Forest is nothing short of a magical experience. The festival is nestled in the Sherwood Forest, a gorgeous wonderland of art installations and twinkling lights. This summer music festival is the first of its kind, as its lineup is a fantastical blend of jam bands and electronic dance music that will have anyone on their feet. Electric Forest is a delight to the senses from the moment you step on the festival grounds to the moment you leave.

When and where: Electric Forest will light up the sky from June 23 to the 26 at the Double JJ Resort in Rothbury, MI.

For the Food and Drink Fan: Bourbon and Beyond

Bourbon and Beyond is a four-day summer music festival that features an eclectic lineup of indie rock, soul, country and southern rock. This festival features an impressively inclusive lineup that highlights some of the most talented emerging artists in the world of soul, blues, country, and some of the biggest names in indie rock. It also showcases an impressive amount of food and beverage vendors offering the best libations that Kentucky has to offer. This festival is a great choice for attendees who are passionate about good food, great music, and excellent whiskey.

When and where: The Bourbon and Beyond festival will take place from September 15 through the 18 and will take place at the Highland Festival Grounds at The Kentucky Expo Center.

If you’re looking to see your favorite artists while surrounded by the majesty of nature, then High Sierra is the festival for you. High Sierra is celebrating 30 years of music nestled in the beauty of the Sierra mountains during this year’s summer festival season. This festival features an eclectic lineup, optional VIP packages, daily costume themes, and a family area. High Sierra is a great place to experience the beauty of the surrounding mountainside while enjoying the beating pulse of great summer music.

When and where: High Sierra will take place from June 30 through July 3 at the Plumas County Fairgrounds in East Quincy, CA.

This legendary bluegrass festival has a reputation for spotlighting only the best emerging artists in the bluegrass and indie-folk space. It has been a part of the summer festival season since 1974 and anticipates over ten thousand yearly visitors. Telluride Bluegrass Festival is a unique experience that celebrates music, comedy, and circus performances. It features an annual battle of the bands and songwriting competition, as well as a family-friendly atmosphere. Telluride Bluegrass Festival is the perfect summer music festival for the attendee that wants to hear great bluegrass in the majesty of the Colorado wilderness.

When and where: Telluride Bluegrass Festival kicks off its 49th festival in Telluride, CO from June 16 through the 19.

If you can’t make it to a festival this summer, nugs.net has you covered. Start a free trial to listen to live soundboard audio, watch full concert videos, and livestream exclusive shows. 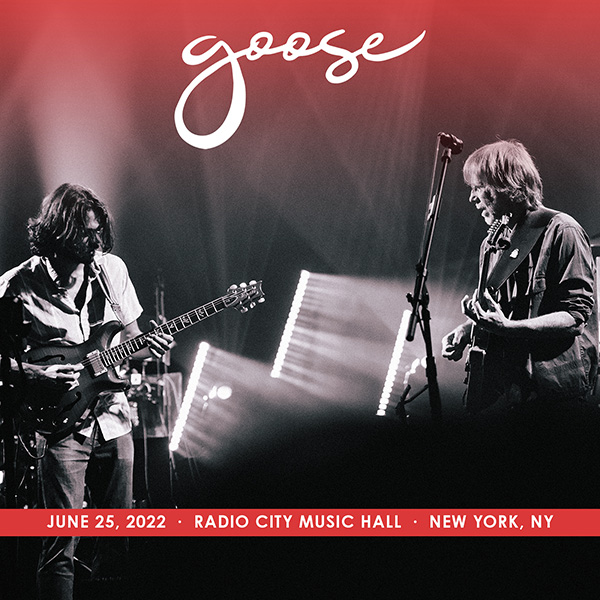