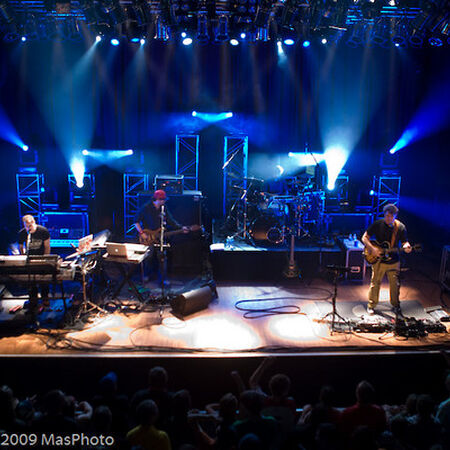 Once The Fiddler Paid 828

"House of Blues First set starts out a little rough with "The Overture" but the following track "Once the Fiddle Played" is an ace stand alone version complete with Brownstein's jazzy bass solo. In fact there is a good lot of bass solos on this live show if that happens to be your thing. Long first set, shorter second set which is kind of a rarity. Forced to choose I would pick the first set over the second but they both are largely on the up. I have now listened to over 300 Bisco shows and I still play all 2009 shows at least twice. Tells you something."

"Great crowd, they got dirty just like everybody that lives in cleveland does. it was fantastic. sick hotel too hahaha"

"High energy the whole night. Bisco got dirty in Cleveland."