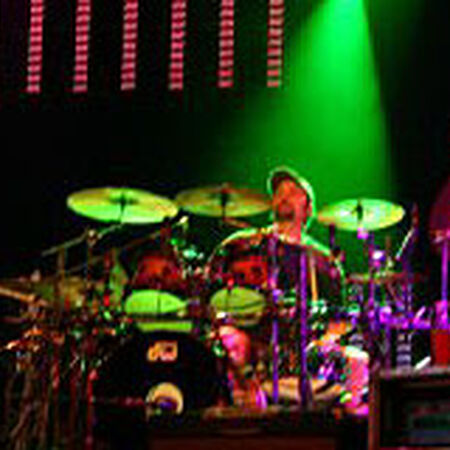 Party At Your Mama's House 545

"this show was unblieveable. for sure one of the best shows i`ve heard from `05. Fantastic chainsaw and one kind favor. Concrete floor in front of stage at 10klf makes for some sick acoustics."

"Pickin` Up The Pieces is worth the download alone. Pure musical poetry. This version seemed extra tight with intrumental dialogue happening beetween the band reminisent of how the Grateful Dead used to play Eyes of the World. Hear for yourself!"

"Schools lit the cig, I know he likes the cigs, but in this case he lit it. Unfortunately he didn`t get a chance to like it."

"I have to be honest I wasn`t a big fan of Widespread until this weekend. Pusherman doesn`t seem to have the energy I remember it having, that may be thanks to my pusherman, who knows. Did anyone else see Schools like a cig, take two drags, seem disgusted by the energy, rifle the smoke down and proceed to beat the f*** out of the jam? No, I didn`t either but my buddy standing next to me said he almost lost it. Anyways, on with the review. I bought the FLAC files, they sound great to me, I had problems converting One Kind Favor but got it to work soon after. 10KLF, thanks for converting me into a fan, not sure if these shows (7-22 and 23) will help anyone else out unless you were there, nothing beats it, being there that is. As the wise RZA once said, Ya`ll N*gg*s is Analog, My Sh*t is Digital. Thanks livewidespreadpanic for the shows and thanks for adding to my debt."

"10KLF is one of the best kept secrets around. EVERY band was on top of their skill and WSP put on two amazing shows! The second set, second night was the best, but both nights were unforgettable."