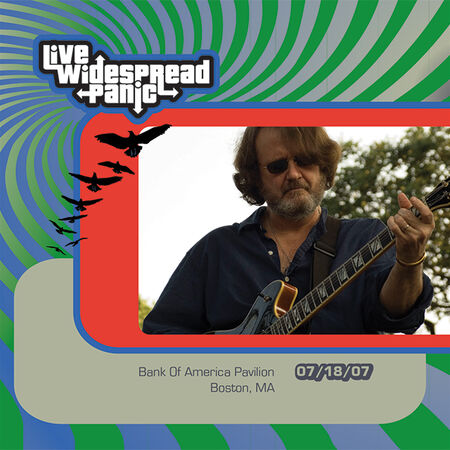 "This show was awesome!"

"great show. been to a lot of panic shows and defintely am thankful for mr. herring. he breathes new life into the band and defintely breathed some new life into all the boston panic fans that were starting to lose interest from the last few shows performed in the beantown area. i enjoyed both sets, second set had some great energy and kept the crowd in tune till the end. sadly for me, i became a little too intuned with my brain and found myself hiding in the bathroom for the encore. Damn."

"Damn! I caught Jimmy`s first show at Radio City and a few months later in Albany. Man, what a difference a couple of months make. The band was tight and together and the interplay between JB`s raw, heavy guitar and Jimmy`s inspired and transcendent lead is awesome. One of the meanest sounding Goin out West`s for an encore, not to mention a scintillating Stop-Go, a thunderous All Time Low, and a funked out Thin Air. Awesome show in Beantown."

"First show I have seen with Jimmy. Man what a change. I could talk for hours about how great this show was but all you would have to do is listen to the encore. JB`s guitar sounded like he was playing it with a chainsaw, so raw. Jojo and Dave did a fantastic job leading many of the changes through out the show. My neighbors are going to hate me when I start playing the second set at full volume. "