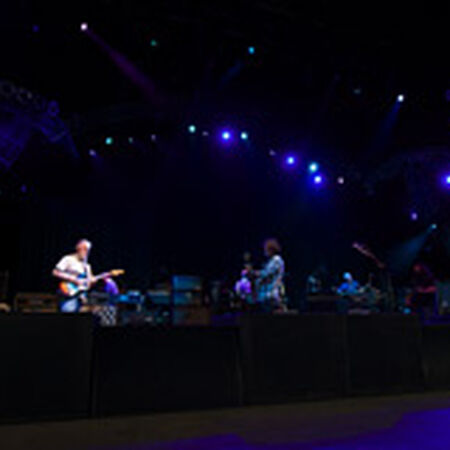 Party At Your Mama's House 697

"Unsurprisingly, the two jam giants are interacting more as the tour moves on. It was a sweet move to add this Woodstock show after the tour was announced. Their were some ABB fans here tonight who actually know who Panic are (yeah!). A step up from the ignorant stuck in 70's Laconia biker crowd in Gilford, NH. It's unfortunate some ABB fans don't get that this is a shared bill and are unaware of the haunting voodoo sounds of bombs and butterflies that WP creates. It's going to rain at Great Woods and Hartford but after the epic Phish show in CT a few weeks ago. These hallowed East Coast venues should capture some magic with (hopefully) intellegent aware fans. I hope to again walk hand in hand through the galaxies with my sassed out lip pierced blue angel who faced me and not the stage drenched in musical bliss under tonight's Bethel's night sky. "