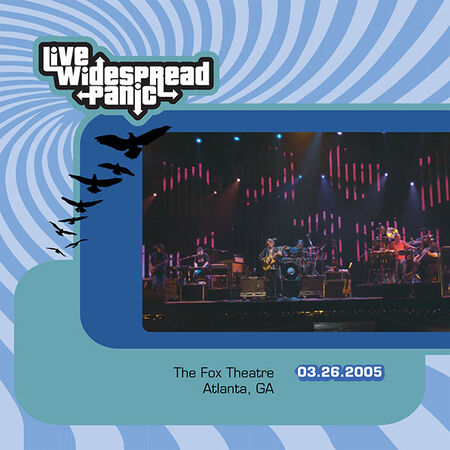 May Your Glass Be Filled 279

Party At Your Mama's House 634

"Ro is right. Even for Panic, these shows are special. The year off was so good for everyone involved. This new dimension to the collective music is so incredible. I too was somewhat apprehensive several years ago. Now, I just can`t help but to imagine some of the emotion and promises that went into conversations and visions of the then future. Thanks so much to all of the good people that have worked hard for so long and didn`t give up so that I may enjoy my favorite charity (and yours if you`re reading this)."

"well first I must say that the break was not only good for the boys but me as well. I was able to miss the energy that i 8 years ago so much craved. I took shows for granted and became critical of song selections. Who in the hell am I, a person with no musical talent what so ever, to question or knock any show. I love the people who talk bad about a show and were not even there or even better the people who walked out of the fox saying that it was not as good as they hoped or they didn`t play a certain song all the while I had friends who could not get a ticket that love these guys. I don`t know what they were listening to because it kicked ass. Just to be in that beatiful building with old friends, the boys just walking out on stage was worth the price. "

"all i can say is thank you panic."

"Wow! George sounds great! I used to watch him with Beanland and Kudzu Kings, always enjoyed. However, Mike H. was a personal icon for me and it was tough listening to George as lead. George has come a long way since last year. Keep on rockin!"

"George rocks. The entire band rocks, and, they truly speak to me with their music and the way that they have chosen to move forward. My mom died four years ago today from cancer. Life inevitably goes on and it takes different twists and turns as it transpires. Folks that dwell in the past stay in the past. I`m glad to see that life for Widespread has continued to evolve and grow doing what they do the best. I know mine has, and my mom would be proud. Ain`t Life Grand after all?"